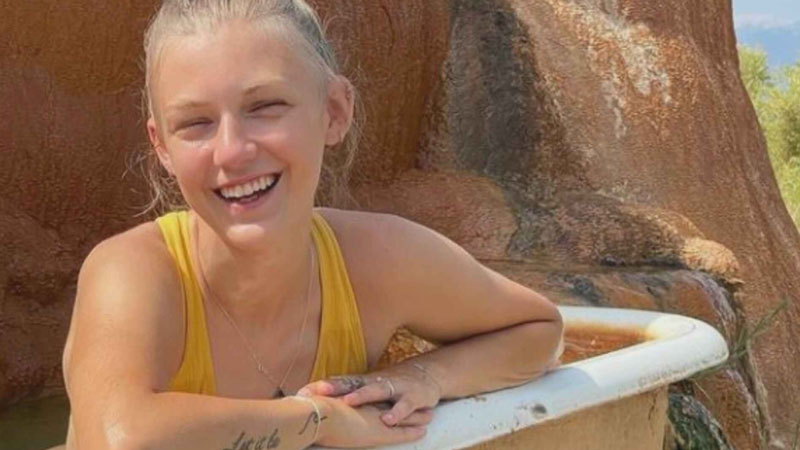 The mother of a missing New York woman who had been documenting her travels on a cross-country “Van Life” road trip pleaded for tips Monday that might help locate her daughter.

“She could be alone somewhere, she could be stranded somewhere in the wilderness and she needs help,” Nichole Schmidt said of her daughter, Gabrielle Petito, 22. “I hope everyone is looking for her.”

Petito, 22, was last known to be in Grand Teton National Park in Wyoming in late August when she stopped communicating with her family, police said. She was reported missing Saturday.

Petito had been traveling in a van with her boyfriend, Brian Laundrie, and documenting their travels on YouTube under the moniker “Nomadic Statik.”

The vehicle, a white 2012 Ford Transit van with a Florida license plate, was recovered in the city of North Port, south of Tampa, the police department there said.

“We currently have no definitive information that a crime took place here in North Port,” police said in a statement. “With that said, the circumstances are odd. The vehicle she was traveling in was located here in North Port. So, we are actively gathering local details and any evidence to assist in finding needed answers.”

Police have not identified Laundrie as a suspect, nor have they associated him with Petito’s disappearance. Suffolk County police did not immediately respond to questions Monday about Laundrie’s whereabouts and he did not respond to a request for comment.

Schmidt said the couple met in high school and began dating a couple of years ago. Petito later moved to Florida to live with him, she said.

Schmidt said she had “general” concerns about her daughter taking a road trip, but she felt safe about the journey Petito and Launderie were planning.

“They were together, they had a plan, they had an itinerary,” she said. “We were excited for them.”

Petito is described as 5 feet 5 inches tall and weighing 110 pounds. She has blonde hair and blue eyes. She also has several tattoos, including one on her forearm that reads, “let it be.”

“She wanted to cross the country in the camper van and live the van life and live free. This was her dream,” Schmidt said.

Petito extensively documented her journey across the states with Laundrie on social media, but those posts slowed down toward the end of August.

Schmidt said the couple left Salt Lake City for Grand Teton National Park around Aug. 24, which was when she said she last spoke to her daughter on a FaceTime call. She added she received texts sent from her daughter’s phone until Aug. 30, but wasn’t sure whether her daughter sent them.

She last posted a photo to her Instagram account Aug. 25. In the video, Petito and Laundrie can be seen driving, hiking and camping at different roads, parks and beaches across the country.

Police are asking anyone with information about her whereabouts to call Crime Stoppers at 1-800-220-TIPS.

POLL: Americans ‘Worried’ About Biden’s ‘Ability To Do The Job’