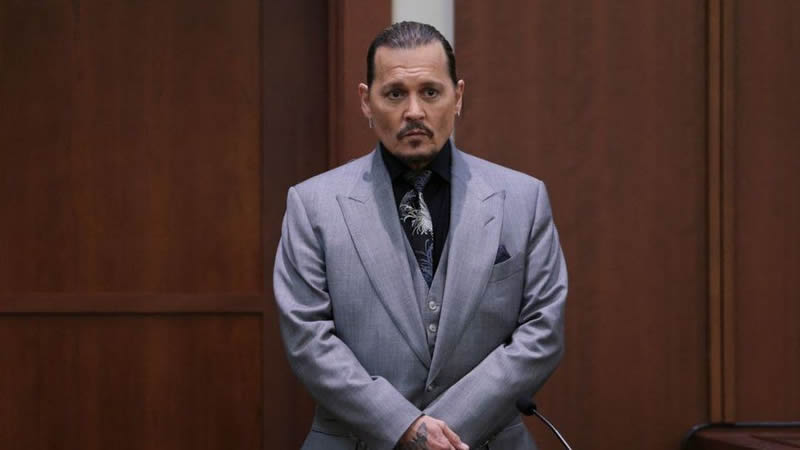 Ex-wife Amber Heard has been painted by Johnny Depp as a volatile spouse who abused and demeaned him.

The actor, 58, has filed a lawsuit against Ms. Heard for an article she published in which she claimed she was a victim of domestic violence.

Mr. Depp testified that he sensed “pure hatred” from Ms. Heard. After two days of testifying, her lawyers began cross-examination on Wednesday.

On Thursday, his testimony will continue for the third day.

“She has a need for conflict. She has a need for violence,” he said. And in recordings of the former couple played to the jury on Wednesday, Ms. Heard can be heard admitting she “did start a physical fight” with Mr. Depp.

Mr. Depp also spoke about his now-infamous incident with his ex-wife, in which he found “human fecal matter” on his side of the bed at the flat he shared with Ms. Heard.

“It was so bizarre and so grotesque, that I could only laugh,” he said.

Ms. Heard has denied that she or any of her pals left human excrement on the bed, calling the idea “absolutely disgusting” during Mr. Depp’s defamation trial in the UK in 2018.

Mr. Depp’s lawyers have worked hard to depict Mr. Depp as a physically and sexually abusive partner who is prone to drug and alcohol binges, according to Ms. Heard’s lawyers.

On Wednesday, Mr. Depp addressed his drug and alcohol use, claiming that he became addicted to prescription opioids after being prescribed Roxycodone for a back injury.

As per BBC, Ms. Heard withheld medication that would have reduced withdrawal symptoms from the actor while he was detoxing from the drugs, according to the actor. She claimed it was not time for the next dose.

The actor claimed he cried and begged as he rolled around on the floor.”I hate saying this, having to admit this, but that was about the lowest point in my life.”

As Johnny Depp sat down for his second day on the witness stand, he cast a fleeting glance across the court to where his ex-wife Amber Heard sat.

She sat there, quietly watching and occasionally scribbling notes as Mr. Depp proceeded to convey his feelings about their relationship, which she claims were aggressive and abusive.

His replies on the first day of his testimony had been distinguished by hesitations and long searches for the correct words.

On day two, Johnny Depp was noticeably more eloquent as he detailed how his marriage had crumbled and how he believed her behavior had become controlling and belittling.

It was, he said, an “endless parade of insults and looking at me like I was a fool”.
“I was not allowed a voice.”

As he considered what he had said, he smiled a little.

He also discussed celebrity and the challenge of dealing with all of the information that had been written about him.

“Your arms are too short to box with God,” he said.
He claimed that drinking was a way for him to cope with the sorrow of the relationship. He claimed that it would be Ms. Heard who would strike him. When they were traveling, he would rent extra rooms so he could have a place to retreat to.

He glanced straight ahead as they rose for recess. Ms. Heard stood there, her face expressionless. Her side of the tale hasn’t been told yet. Ms. Heard’s lawyer Ben Rottenborn had Mr. Depp certify that his identity is not referenced in the op-ed in question under cross-examination.