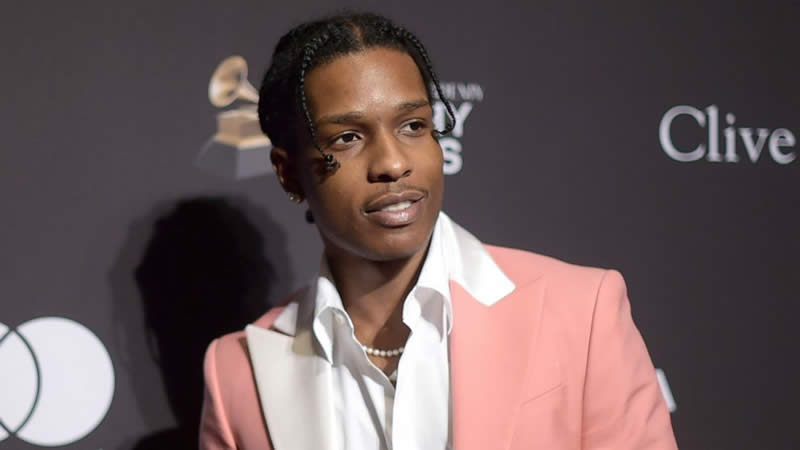 The rapper is accused of firing several shots at a man last November, one of which allegedly grazed the victim’s left hand.

A$AP Rocky was arrested on charges of assault with a deadly weapon at Los Angeles International Airport in connection to a Nov. 2021 shooting, NBC News reports, and Rolling Stone can confirm.

The rapper — real name Rakim Mayers — was taken into custody after arriving at LAX on a private plane that had flown in from Barbados, where he’d reportedly been with his partner Rihanna.

An LAPD source confirmed Mayers was arrested in connection with a shooting in Hollywood last November. In a statement, the LAPD said the incident took place on Nov. 6, 2021, in Hollywood after an argument broke out between two acquaintances.

“The argument escalated and resulted in the suspect firing a handgun at the victim,” the statement continued. “The victim sustained a minor injury from the incident and later sought his medical treatment. Following the shooting, the suspect and two additional males fled the area on foot.”

Along with arresting Mayers, police also carried out a search warrant at the rapper’s house, an LAPD rep confirmed to Rolling Stone. No information regarding what the cops were looking for, or if they found anything, was given. (TMZ captured video of what appeared to be a sizable contingent of LAPD officers using a battering ram to bust down the gate at Mayers’ house.)

Reps and a lawyer for Mayer did not immediately return a request for comment. The LAPD will now present the case to the Los Angeles County District Attorney’s Office for filing consideration.

Mayers has had several run-ins with law enforcement over the years. In 2012, he was arrested after a street fight with photographers in New York City (he later pleaded guilty to attempted grand larceny), while in 2013 he faced charges after allegedly slapping a fan at the Made in America Festival (while the case was dismissed, the victim later filed a civil suit against Mayers that was settled in 2015).

Perhaps most infamously, in 2019 Mayers spent several weeks detained in Sweden after an incident in Stockholm; while he was arrested in late June, it took nearly a month for charges to officially be filed. Mayers was eventually found guilty, although two weeks prior the judge had delayed the verdict, released Mayers and the two other defendants from custody, and allowed them to return to the United States.

How To Reduce Anxiety Without Medication