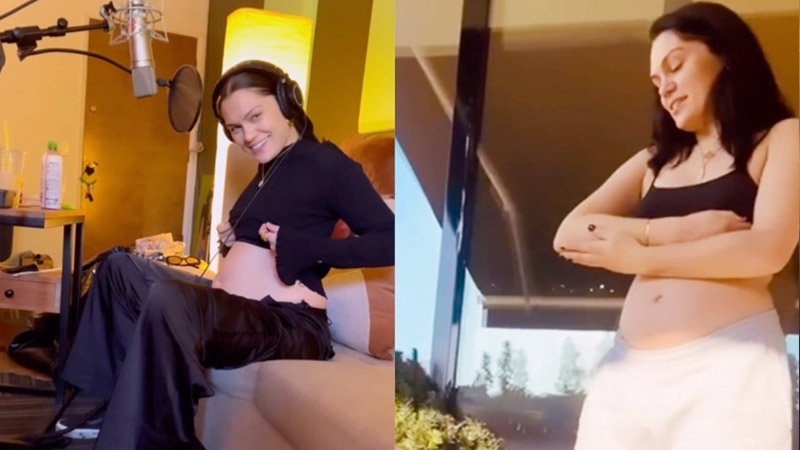 Jessie J is pregnant. “I am so happy and terrified to finally share this,” the singer wrote Friday on social media. “Please be gentle with me… Honestly, ya girl just wants to ugly cry in public in a catsuit eating a chocolate-covered pickle with no questions asked.”

Her message was accompanied by a video that showed a positive pregnancy test, a scan, and several views from the side of her belly, which she rubbed in portions of the footage. The post was set to the song “Sunflower” by her.

According to Yahoo, the good news comes just over a year after the singer became pregnant for the second time, despite being told by her doctor that she would be unable to have a child. She eventually decided to conceive a baby on her own since “life is short,” but she had a tragic miscarriage.

“To get pregnant was a miracle in itself and an experience I will never forget and I know I will have it again,” the “Domino” artist wrote back then. “I’m still in shock, the sadness is overwhelming. But I know I am strong, and I know I will be OK. I also know millions of women all over the world have felt this pain and way worse. I feel connected to those of you I know and those of you I don’t. It’s the loneliest feeling in the world.”

The following month, she elaborated: “I have never experienced physical pain and trauma or felt loneliness like it. This has changed me forever. In the most, heartbreaking, but beautiful way. It’s put life into perspective in a way nothing else ever has.”

In March, she stated that she planned to conceive again within the next two years, “whatever it happens: naturally, surrogate, IVF, adopted, anything – I’m open.”

Jessie J has stated that she has always desired to have a child.

“I have such maternal energy and I’ve always been, ‘Just give me your baby,'” she told Michelle Visage on the BBC’s Rule Breakers podcast. “If you meet me, just hand me your baby. I just love babies and children. I love it.” She even wrote her 2018 song “Four Letter Word” about wanting to be a mother.

Fans and celebrities such as Amber Riley, Kelly Rowland, Leona Lewis, Lilly Singh, Craig David, and others congratulated her on her wonderful news.

Mom won’t tell father gender of baby as he missed scan to go to chippy: “I’m not the one carrying the baby”