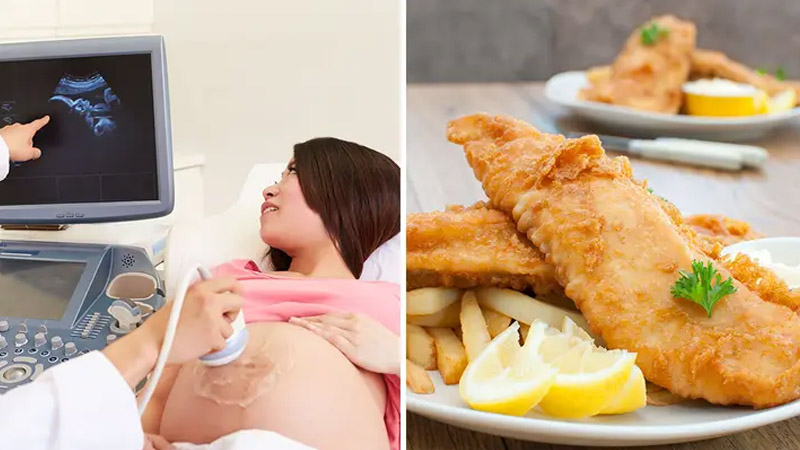 A pregnant woman was enraged after her husband skipped the baby’s gender reveal scan to go out for fish and chips with a friend. Despite his and his parents’ pleas, she says it is the “final straw,” and she is now refusing to tell him the gender of their child until it is born.

The woman claims that her partner rarely attends her appointments and has missed them in the past for football or board games with his friends. She says he argues: “I’m not the one carrying the baby, why do I have to go see the doctor with you?”

Last week was the ‘final straw,’ when he postponed the scan that would reveal the baby’s gender because a friend invited him out for fish and chips. According to the Mirror, the woman was “livid” but decided not to “make a fuss about it” and instead went with her mother.

She took her story to Reddit, where she is known as u/Thrownoreveal1. She explained: “He texted asking me to tell him the results (boy or girl) but I refused to tell him.

“He kept spam-calling me but I hung up each time. He came home fuming demanding I tell him the results but I refused and bluntly told him that since he refused to attend the appointment then he gets no results til after the baby is born and said I was willing to die on this hill.

“He went off calling me spiteful and immature for doing this and punishing him. He said he’s the father and has the right to know. He then called me dramatic since I wasn’t alone and mum was with me. I said he gets no results period.”

To make matters worse, the woman’s in-laws are now putting pressure on her to tell him as well, accusing her of “playing mind games with him” but she has so far refused. The unnamed woman asked other Reddit users if she was in the wrong, and people quickly sided with her.

Sometimes blessed wrote: “This. My husband didn’t come to many of the ultrasounds or OB appointments due to work travel but for the 20-week ultrasound he rearranged work to travel to be at – and we were team green. We opted not to find out the sex of the babies. It was too important of a scan from a fetal health perspective for him to miss.

“OP, your husband is MASSIVELY immature. I’m honestly concerned about the type of father he’d be.”

Somethingkooky pointed out that the scan does more than just reveal the baby’s gender and that the husband has left his wife to attend a “lengthy appointment on their own during which they could possibly receive concerning information about the development of their baby”. They added: “Partner is incredibly selfish, and showing their true colors.”

And No_Bodybuilder8055 commented: “Right, it’s like he doesn’t even care about his child. Doesn’t he want to hear the baby’s heartbeat, and find out everything about them?

“Since the mum is carrying the child, the only way the father can know information and be involved is to go to the doctor’s appointments.”

The expectant mother later updated her post to add: “I just wanted to mention that my husband just attempted to contact my dr to get the results. It didn’t go well and we had another argument over it. He couldn’t get it since his mom was the one who made the call.”

Jessie J announces her second pregnancy after a miscarriage in 2021: ‘Please be gentle with me’