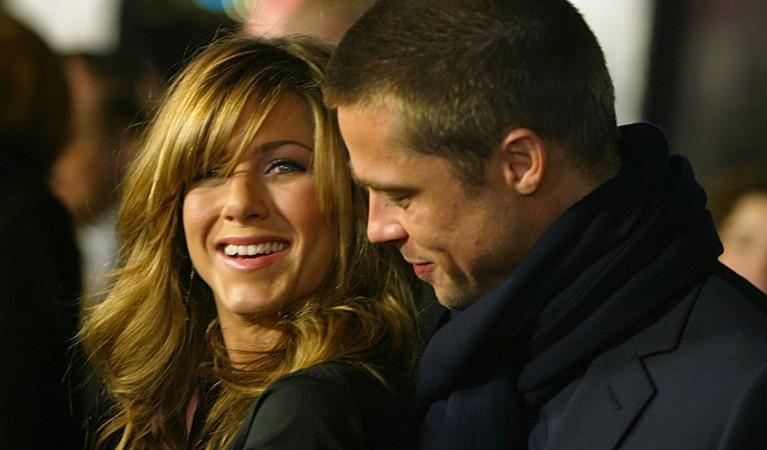 Jennifer Aniston decided to quit drinking to win back her ex-husband, Brad Pitt, according to a report.

Jennifer Aniston and Brad Pitt have been divorced for 15 years already. However, their fans are still hoping that they would get back together. One outlet claimed last year that the Friends alum wanted Pitt back in her life, so she quit alcohol. Gossip Cop examined the report, and here’s what it found out.

Jennifer Aniston and Brad Pitt had a friendly reunion at the SAG Awards in January 2020. Following their sweet photos from the event, NW published a report claiming that Aniston was seriously considering getting back with her husband that she wanted to quit her drinking habits.

“Pretty much everything fell naturally back into place when they got back together, except for the sobriety part,” an unnamed source said.

The outlet claimed that The Morning Show star wanted to avoid alcoholic drinks in hopes that she could get pregnant with their baby.

“Jen and Brad were a huge wine-loving couple when they were together. But Aniston had no problem ditching her evening wine for Brad because she’s hoping to get pregnant,” the source added.

The outlet noted that having a child with the Once Upon a Time in Hollywood star is Aniston’s “big priority.” She wanted them to be happy together, and she knew that having a baby means a lot to him, the source added.

Gossip Cop debunked the report because the quote was misleading. Jennifer Aniston told Elle in 2019 that she wasn’t necessarily sure motherhood was for her. The rumor-debunking site felt that the tabloid was not thorough in fact-checking its report.

It’s not the first time a tabloid claimed Aniston wanted to be a mom or she was pregnant with Brad Pitt’s baby. In 2018, after her split from her second ex-husband, Justin Theroux, New Idea claimed she was expecting a baby with Pitt.

The tabloid quoted an anonymous insider claiming that she was moving heaven and earth to keep the pregnancy under wraps. She was allegedly committed to staying calm and healthy at the time.

The report was not true because Aniston never gave birth. Pitt and Aniston have remained good friends after their split. But both their reps said they have never reconciled.

A new rumor claimed Jennifer Aniston told her Friends co-stars during their reunion that she was adopting a baby. However, her representative quickly denied the rumor calling it a “fabrication and false.”