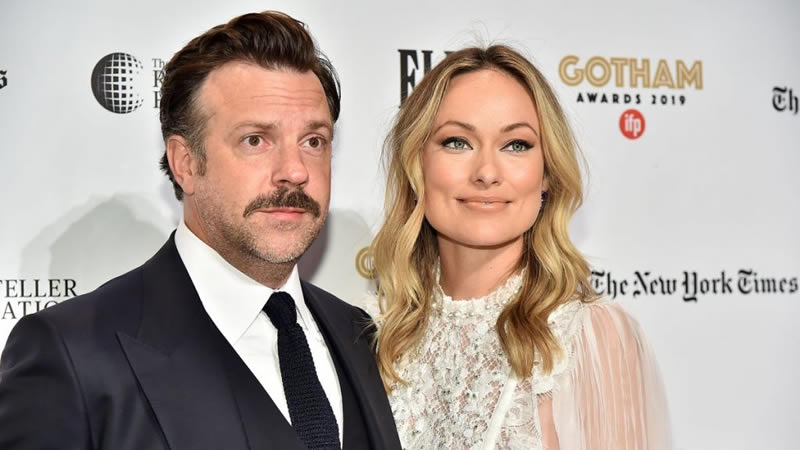 Jason Sudeikis has opened up about his split from ex-fiancée Olivia Wilde, admitting that he does not yet have clarity on why they parted ways.

Sudeikis appeared on the cover of GQ’s August issue, and in his interview, he confirmed that he and Wilde “split up in November 2020.” He also revealed that he is still trying to process the end of their relationship and hopes that it will make more sense in the future.

“I’ll have a better understanding of why in a year,” the 45-year-old actor told GQ. “And an even better one in two, and an even greater one in five, and it’ll go from being, you know, a book of my life to becoming a chapter to a paragraph to a line to a word to a doodle.”

The former couple started dating in 2011 and announced their engagement in 2013 but never married. Sudeikis and Wilde share two children together: 7-year-old son Otis and 4-year-old daughter Daisy.

Sudeikis went on to say that his breakup with Wilde was “an experience that you either learn from or make excuses about,” adding, “You take some responsibility for it, hold yourself accountable for what you do, but then also endeavor to learn something beyond the obvious from it.”

During the interview, Sudeikis also spoke about his character Ted Lasso, noting that they share a lot of similarities. In fact, when “Ted Lasso” was released, he said he had to answer a lot of questions that vary in specifics but the gist was always, “How much do you and this character actually have in common?”

In his Apple TV+ series, Lasso’s marriage did not work out, with the first season ending with him getting divorced and having to renegotiate his relationships with his ex-wife and son. However, Sudeikis made it clear that the project had no connection to his real-life relationship with Wilde.

Do you know what I mean? The story’s bigger than that, I hope. And anything I’ve gone through, other people have gone through. That’s one of the nice things, right? So it’s humbling in that way.”

Sudeikis also shared that it was Wilde who encouraged him to explore the character.

“It was there, the night at dinner when Olivia was like, ‘You should do it as a show,’” he recalled. “Okay, but why would he take this job? Why would a guy at this age take this job to leave? Maybe he’s having marital strife.

Maybe things aren’t good back home, so he needs space. And I just riffed it at dinner in 2015 or whenever, late 2014. But it had to be that way. That’s what the show is about.”

How To Get Over Your Crush?

These 11 Summer Tops Are Everything We Love: Stylish, Effortless, and Affordable