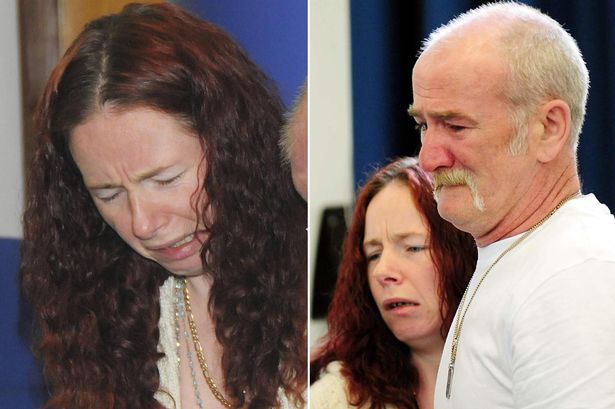 A twisted mum who killed her six children has reportedly been freed after serving just half of her 17-year jail term.

Mairead Philpott’s kids died in an arson attack the 39-year-old and husband Mick plotted at their Derby home in 2012.

Her mother and the wider community reacted in fury as prison bosses escorted her out of jail like a “celebrity” this week, the Sun reports.

David Spencer, of the Centre for Crime Prevention, said: “It makes an absolute mockery of the UK’s criminal justice system. Justice has not been done.”

Tory MP for mid-Derbyshire Pauline Latham added: “Mairead Philpott should be serving a whole life sentence instead of being freed halfway through it.”

She described the crime as “horrifying” and said that “it will never, ever be forgotten in Derby”.

“The sentence is not nearly long enough and we disown her after what she’s done.”

Philpott was freed from HMP Send in Surrey on the first day she was eligible to be released on licence.

A source told the Sun: “They launched a massive operation to make sure she was safe and not seen.

“Her convoy was like one given to a celebrity rather than a mum who killed her six children.

“Heaven knows how much it all cost, and it all seemed a bit much at a time of tight budgets.”

She was transferred to the prison for the last month of her jail spell to help prepare her for life on the outside.

Philpott was reportedly quietly ushered into a 20-bed halfway house in a convoy of plain-clothed police.

She is due to stay at the hostel for three months — before being freed under another new name. She is on a 7pm to 7am curfew, according to reports.

Taxpayers must now fork out tens of thousands to protect her with a new identity.

The practicing witch and Mick were arrested after she shed “crocodile tears” when she appeared at a press conference to plead for the public’s help to catch the killers.

They were initially met with an outpouring of public sympathy after the horrific blaze which killed children Jade, ten, John, nine, Jack, eight, Jesse, six, and Jayden, five, on the morning of May 11.

Neighbours bravely tried to save them and Mairead’s son from a previous relationship, 13-year-old Duwayne, who died three days later in hospital.

But it later emerged that Mick Philpott initiated the arson plot — hoping to frame an ex-girlfriend for the fire after “rescuing” the children.

The Philpotts also thought the blaze would result in them getting a bigger council house, reports say.

A Prison Service spokesman said: “Offenders released on licence face strict conditions and can be returned to prison if they breach them.”

Victoria Beckham Donning Bold Red Lipstick Is The Confidence We Need In Life!