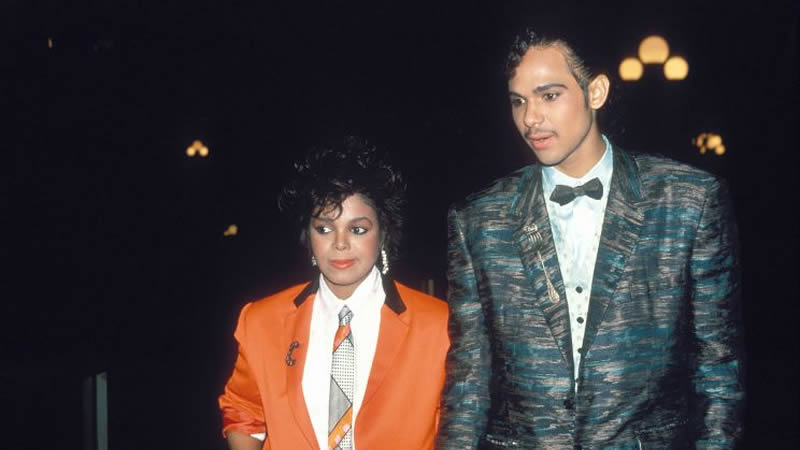 Janet Jackson did not have a secret baby in the ’80s that she kept from husband James DeBarge and the world.

Yes, that rumor still lingers — propelled by DeBarge and his family, at times — and the superstar singer clears it up in part two of her Lifetime and A&E documentary Janet.

“Back in the day they were saying that I had a child and I kept it secret,” Janet, 55, said. “I could never keep a child away from James,” with whom she eloped in 1984, at age 18, and then split from the following year. “How could I keep a child from their father? I could never do that, that’s not right.”

The “Rhythm Nation” singer — who became a first-time mom in 2017 — explained where she thinks the rumor started from.

“A lot of the kids thought I was pregnant, cause I had gained weight,” Janet said of the time period when she was appearing in TV’s Fame. “I had started taking birth control pills, and back then, you could pick up weight taking them. And that’s what happened to me. So that rumor started going around.”

In the doc, Janet detailed how the fake news morphed into different salacious stories, including that she gave the secret baby girl she never had to one of her siblings to raise as their own.

There were rumors that her sister Rebbie reared the child. Also, her brother Jackie’s child Brandi, who was adopted in 1982, was the secret baby. At one point, there was speculation that Randy’s daughter Stevanna was Janet’s baby as well due to their resemblance.

Janet said that she had bigger problems during her brief marriage to DeBarge, who was also from a family of performers who made up the ’80s group DeBarge. She called him a “sweet guy,” but said his drug use led to their split.

“When we got married and came back to the hotel he said, ‘OK, I’ll be right back,'” she recalled of their unromantic wedding night. “I’m sitting in the hotel room in Grand Rapids, Michigan, by myself, just 18, and for three hours, he never came back.”

She said she would often have to search for DeBarge on the streets — and they got into physical altercations when she tried to get rid of his drugs.

“We would be rolling on the floor fighting for them,” she said. “That’s not a life for anyone.”

Janet said she questioned herself for being in that relationship, asking, “‘Were you stupid, were you dumb?” But the truth was she loved and cared about him.

“I saw the good in him as well and I just wanted that to take precedence as opposed to this ugliness,” she said. Plus, “I knew that he needed help. But I wasn’t the help that he needed.” The couple annulled their marriage in 1985.

Janet, who was later married to René Elizondo Jr. and Wissam Al Mana, said, “I don’t know, maybe it’s this person in me that wants to help people subconsciously. When it comes to relationships, somehow I’m attracted to people that use drugs.”

The rumor about Janet’s secret daughter — which she has long maintained was a lie — was fueled by DeBarge and his family. Just a few years ago, DeBarge was publicly demanding that Janet come clean and admit there was a baby. His brother and mother have publicly claimed that a baby existed.

In 2017, the DeBarge family even claimed they found the child — a 31-year-old woman living in Philadelphia who grew up in foster care — but a DNA test, facilitated by a tabloid, later proved that DeBarge was not the father.

Janet which was filmed over three years, airs over two nights on Lifetime and A&E starting Friday. There is a rumor that Justin Timberlake appears in the film to discuss what really happened during their infamous Super Bowl half-time show. However, it’s about her life: highs and lows of her incredible career, her complicated relationship with Michael and body image struggles.