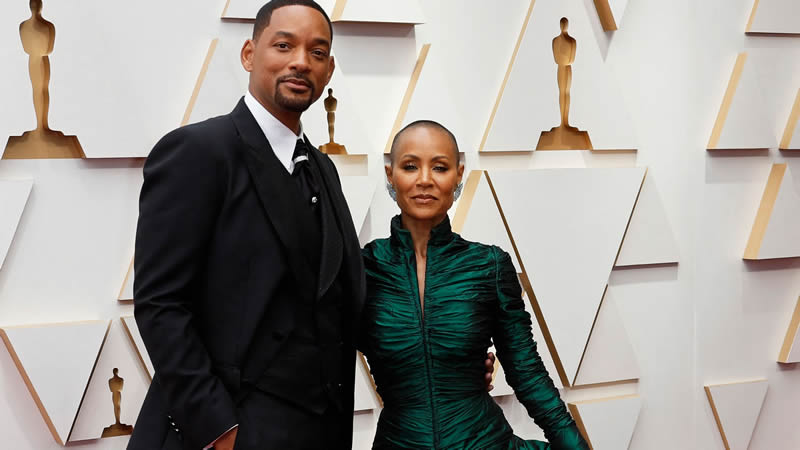 Two days after Will Smith hit Chris Rock during the Academy Awards, Jada Pinkett Smith has finally spoken out on the issue.

She was the subject of Chris’ distasteful joke during his time on stage where he referred to her as GI Jane after the actress candidly shared her alopecia journey.

At the time, Jada remained silent after Will stormed the stage and slapped Chris, now she has finally shared how she feels about what went down during the ceremony.

After her husband shared his apology to the world, Jada simply added, ‘This is a season for healing and I’m here for it.’

The day after the ceremony Will wrote an apology message, which read, ‘Violence in all of its forms is poisonous and destructive. My behavior at last night’s Academy Awards was unacceptable and inexcusable.’

‘Jokes at my expense are a part of the job, but a joke about Jada’s medical condition was too much for me to bear and I reacted emotionally.’

He continued, ‘I would like to publicly apologize to you, Chris. I was out of line and I was wrong. I am embarrassed and my actions were not indicative of the man I want to be. There is no place for violence in a world of love and kindness.’

‘I deeply regret that my behavior has stained what has been an otherwise gorgeous journey for all of us,’ he concluded.

Jada recently opened up about her bald head, revealing it was a result of living with alopecia for years. She was visibly unamused by Chris’ joke about her shaved head where he referred to her as GI Jane.

Demi Moore infamously shaved her head for the movie, with Chris saying, ‘Jada, I love ya. G.I. Jane 2, can’t wait to see ya.’

This led to Will smacking him before returning to his seat and yelling, ‘Keep my wife’s name out of your f***ing mouth.’