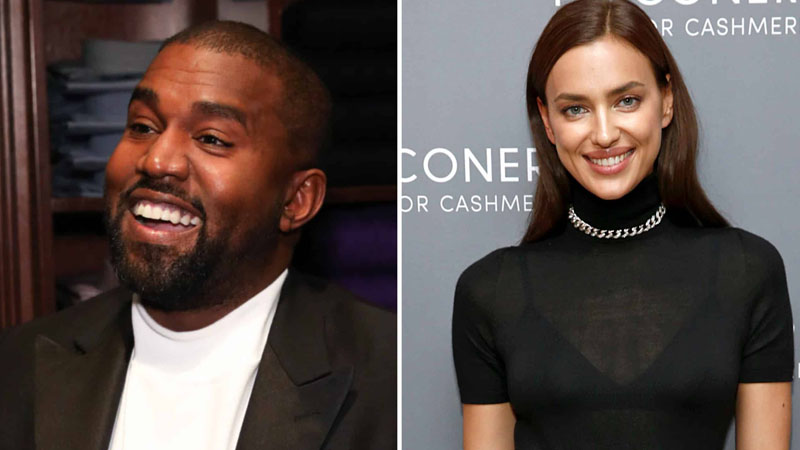 Irina Shayk has finally addressed those rumors about her and Kanye West. For months it has been speculated the Russian model was the shoulder the rapper turned to follow his split from wife of seven years, Kim Kardashian; the pair were even photographed together in France in June.

In an interview with High Snobiety, the 35-year-old didn’t confirm the romance — but she hardly denied it either. “Tomorrow there is going to be a rumor that I’m dating my doorman, okay? Then after tomorrow, it’s going to be someone else,” she said.

“Look, there’s always something there, and I’m just keeping it to myself.” The mother of one was, as the magazine pointed out, slightly more open about past relationships, namely baby daddy Bradley Cooper.

She said the two remain friends, only live a couple of blocks away from each other, and are on the same page regarding co-parenting four-year-old daughter Lea.

“He’s a full-on, hands-on dad — no nanny,” she said. “Lea went on holiday with him for almost two weeks — I didn’t call them once.” She said she was aware her daughter was getting a much more privileged upbringing than her own in Russia.

“I and her father are very strict. When she finishes eating, she gets up from the table, takes her plate, says ‘thank you.’ Without ‘please’ or ‘thank you’ she’s not getting anything.”

“It’s hard because she has so many toys. I had one doll, and I still have this doll. Blonde, blue eyes, big Russian doll. My grandma used to make clothes for her. And I always explain, ‘Look, this is my doll. I had only one.’ Or sometimes, ‘You have this candy. I used to have candy only for Christmas.'”

If Irina and Kanye indeed are involved with each other, it should come as no surprise that she is keeping her cards close to her chest. In 2019, while still dating Cooper, she explained to Glamour UK why she didn’t flaunt it.

“I have a lot of friends who share a lot of their personal life on Instagram or social media, very publicly. I admire it and I think it’s great – but I think it’s all about personal choice,” she said.

“Because my work requires me to be out there, I just decided my personal life will be quiet. That’s why it’s called personal because it’s something for you and your family and I feel happy with it.” Indeed the High Snobiety interview didn’t even mention her other very high profile ex: Cristiano Rolando.