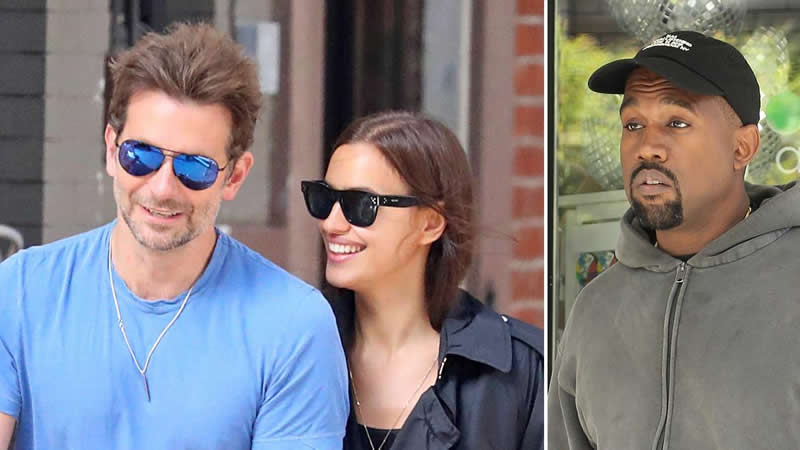 Irina Shayk ran into the arms of a former flame just hours after Radar reported Kanye West is “disappointed” at the lack of media coverage surrounding his new relationship with the supermodel.

The 35-year-old catwalk queen was photographed with her baby daddy Bradley Cooper in New York City on Thursday.

The former couple looked like one big happy family with their daughter, four-year-old Lea de Seine, in tow.

Irina looked like the ultimate smoke show, flaunting her runway-worthy limbs in black pants and a loose-fitting shirt on top.

Cooper was straight fire, showing off his masculine curves in tan-colored pants and a navy button-down shirt.

Holding the former couple’s daughter in his arms, the Star Is Born actor proved he’s committed to co-parenting with his ex, despite her new relationship with Kanye.

Irina and Cooper seemed to enjoy their day together while walking around the Manhattan streets on a sunny day with Lea.

As Radar reported, Kanye doesn’t understand why his romance with Irina isn’t breaking the Internet like Jennifer Lopez and Ben Affleck’s.

“Kanye literally through the news of him dating again would-be front-page news.

He envisioned news channel breaking into their coverage to announce that Kanye was in a new relationship. He expected Vogue and other fashion magazines to be calling begging him to do a cover and is very disappointed that this hasn’t happened,” a source told Radar.

“Instead everyone is talking about Jennifer Lopez and Ben,” the insider added.

According to our source, Kanye is pointing fingers at the supermodel’s star status.

“Kanye has a huge ego. He thinks of himself as a global newsmaker. What he still hasn’t come to term with the fact that it is Kim generated most of the news and excitement around him,” Radar’s insider revealed.

“Without Kim, his media power has diminished dramatically. Naturally, he is blaming Irina for this, and not himself.”

Dating rumors began to swirl that Kanye had moved on from Kim Kardashian amid their divorce battle last month.

The rapper confirmed the news days later by making his couple’s debut with Irina in France.

This new treatment may stop development of Alzheimer’s disease