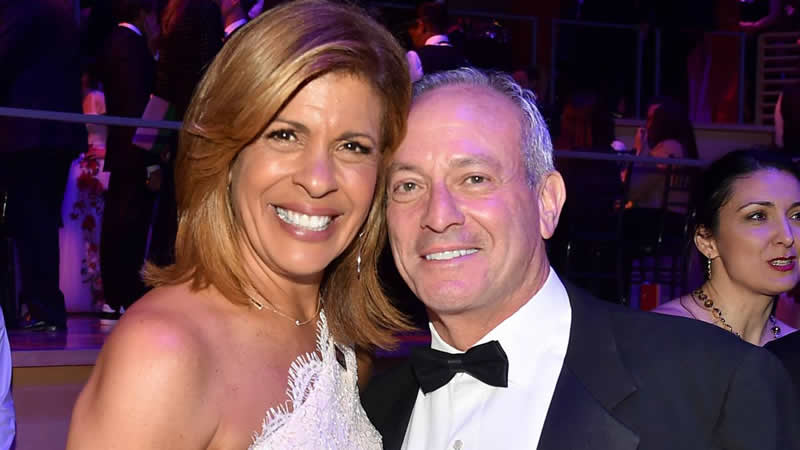 The Today show star is engaged to fiancé Joel Schiffman.

Hoda Kotb is engaged to fiancé Joel Schiffman, and the pair were forced to delay their wedding twice last year as a result of the pandemic.

It won’t be long before the mother-of-two gets to say ‘I do’ to Joel, and was no doubt thinking about this over the weekend as she celebrated another special wedding day.

The TV star was one of the many Today stars to attend her colleague Al Roker’s daughter’s wedding.

Al was a proud father-of-the-bride as his oldest child Courtney tied the knot to her husband Wesley.

Hoda shared a number of photos from the special celebration on Instagram, including one of Courtney with Al and stepmother Deborah Roberts, and another of the Today co-stars at the reception.

The couple said “I do” at the Ashford Estate in New Jersey where Al walked Courtney down the aisle.

He couldn’t wait to proudly give away his firstborn but ahead of the nuptials Al admitted he was nervous for one reason.

In an appearance on The Tamron Hall Show, the father-of-three said: “It’s an outside wedding, so I am a little nervous about the weather.”

He then went on to say that he didn’t want guests to complain about the weather or compare his daughter’s big day to theirs.

“Like, don’t make me take you out at my daughter’s wedding,” he joked.

By the looks of things, the weather held out for the bride and groom and the indoor reception after the ceremony looked positively perfect.

Al also expressed his love for his new son-in-law and described him to Tamron as a “lovely young man”.

The father-of-three shares Courtney, 34, with first wife Alice Bell, and is also dad to children Leila, 22, and Nick, 16, who he shares with Deborah.