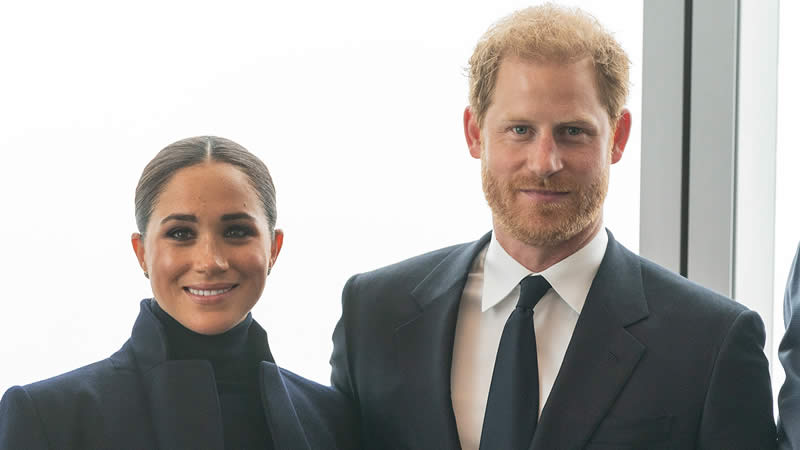 Pair join Gordon Brown and 127 others in an attack on ‘self-defeating nationalism, pharmaceutical monopolies and inequality’

Prince Harry and Meghan, the actor Charlize Theron and the former British prime minister Gordon Brown are among 130 signatories to a letter lambasting wealthy countries’ approach to the Covid-19 pandemic, labeling it “immoral, entirely self-defeating and also an ethical, economic and epidemiological failure”.

In a strongly-worded open letter published on Friday, the signatories warned “the pandemic is not over”, and said the failure to vaccinate the world was down to “self-defeating nationalism, pharmaceutical monopolies, and inequality”.

An estimated 20 million deaths from Covid-19 in the past two years had been “avoidable”, according to the letter, and while leaders in wealthy countries had become “complacent”, billions of people globally remained vulnerable to the virus and are facing severe illness and death.

The letter, coordinated by the People’s Vaccine Alliance, comes on the second anniversary of the declaration by the World Health Organization (WHO) that the coronavirus outbreak had become a pandemic.

Former and current leaders of 40 countries, including the former president of Malawi Joyce Banda, Tanzania’s President Samia Suluhu Hassan, and the former UN secretary-general Ban Ki-moon, are among other signatories, who also include business leaders such as Paul Polman, former head of Unilever, and easyJet’s Johan Lundgren as well as leading economists, scientists, humanitarians, and religious leaders.

Banda said: “Let us be clear: this pandemic is far from over in Africa and across the world. We are seeing, with each day, thousands of avoidable deaths.”

The letter urges world leaders to fund the next stages of vaccines, treatment and testing, and provide protective equipment needed by healthcare workers around the globe. Current vaccines may not work against future variants, the signatories warned.

The UK, EU, and Switzerland were singled out for continuing to block a waiver on lifting intellectual property rules that would enable the redistribution and scaling-up of the Covid response.

A woman passes a mural in Tangerang, Banten, Indonesia, Jan 2021
Big pharma fuelling human rights crisis over Covid vaccine inequity – Amnesty
Read more
India and South Africa first proposed the temporary waiver on WTO rules for intellectual property in October 2020. It is supported by more than 100 countries, including the US and Australia.

A few pharmaceutical corporations retain the power to dictate vaccine supply distribution and price, the letter added, and “have the power to decide who lives and dies”. It was up to world leaders, and particularly rich countries, to change this situation, it said.