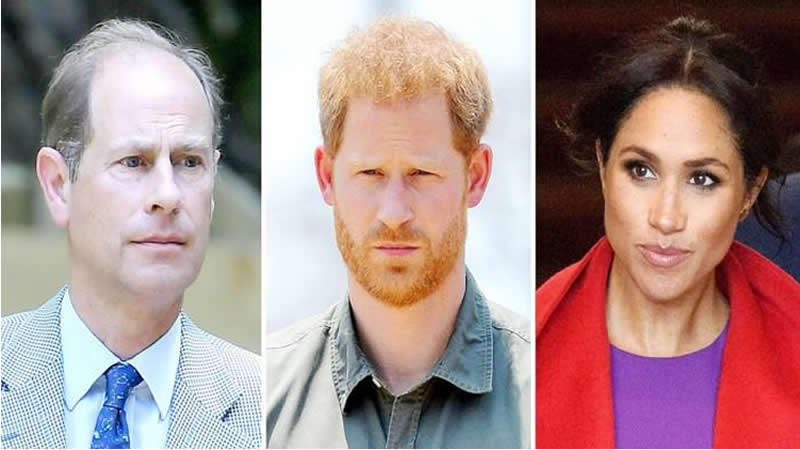 Prince Edward is speaking out about Prince Harry and Meghan Markle’s rift with the royal family. In a new interview with CNN, Edward, who is Queen Elizabeth’s youngest son, admitted that the turmoil within the British royal family, which has made numerous headlines in recent months, is “very sad.”

Edward spoke with the outlet on what would have been the 100th birthday of his father, Prince Philip, and during the sit-down interview, the topic of the Sussexes and the current divide in the family came up.

Edward noted, “weirdly we’ve all been there before — we’ve all had excessive intrusion and attention in our lives” before adding, “we’ve all dealt with it in slightly different ways, and listen, we wish them the very best of luck.

It’s a really hard decision.” He also pointed out that while his is a royal family, even they are not immune to family troubles, stating, “it’s difficult for everyone but that’s families for you.”

Although speculation regarding a possible rift between Harry and his family was initially sparked in January 2020 when he and Markle announced their decision to step back as senior royals, it came to a head in March of this year after the royal couple sat down for a tell-all interview with Oprah Winfrey.

That interview led to a number of bombshells, with Harry even getting candid about his relationships with his father, Prince Charles, and brother, Prince William.

Harry revealed that “there’s a lot to work through” with his father, who he said “stopped taking my calls” amid he and Markle’s decision to exit as senior royals. As for his relationship with his brother, Harry said “the relationship is space at the moment and time heals all things, hopefully.”

On the heels of those headline-making reveals, Edward told the BBC in a recent interview, “of course, you know. I mean it’s… there are all sorts of issues and circumstances there. We’ve all been there.

I stay way out of it. It’s much the safest place to be.” He added that every member of his family has “had that same spotlight shone on our lives” and they have all “been subjected to massive intrusion and all the rest of it. We all deal with it in different ways.”

Amid the royal rift, Harry reunited with his family for the first time in person in April when he attended his grandfather’s funeral. Although there has been conflicting reports regarding how those reunions went, many royal insiders have suggested that the birth of Harry and Markle’s daughter Lili could help pave the way to reconciliation.

The coupe welcomed Lili, their second child, just weeks ahead of the unveiling of a Princess Diana statue, which Harry is believed to be preparing to travel back to the U.K. for.

Sorry Brad Pitt, But Angelina Jolie Did Steal Your Thunder In This N*de Iconic Versace Thigh-High Slit Gown With Her Toned Legs Popping Out