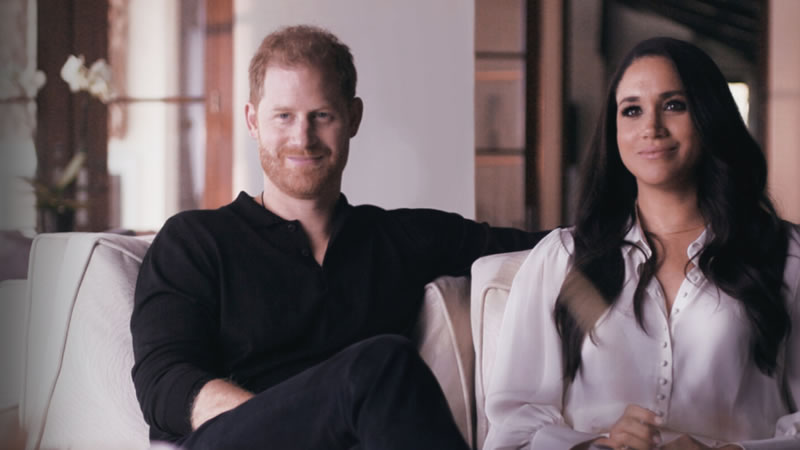 Anyone who has seen Netflix’s docuseries Harry & Meghan knows that the Sussexes have disclosed some shocking statements regarding the royal family’s treatment of them, and other issues viewers may have not previously considered.

Meghan Markle, 41, said in the fifth episode of the hit series that she sought advice from the late Queen Elizabeth II over her father’s infamously critical remarks about the royals following her and Prince Harry’s 2018 wedding.

The former Suits star’s estranged father, Thomas Markle, 78, has a history of talking down about his own daughter both before and after her wedding, and she admitted this in the episode. Meghan Markle called her father’s criticism of the royal family at the time “very embarrassing for the family” and a “problem that needed to be solved…they wanted me to put a stop to it.”

She went on, explaining how the queen got involved, adding, “And of course, I reached out to Her Majesty and was like ‘This is what’s going on. What do you want me to do? I want…whatever advice you have,’” she said. “But ultimately, it was suggested by the queen and the Prince of Wales [now King Charles] that I write my dad a letter,” she continued.

The letter, as Meghan Markle stated, expressed her natural disapproval of her father’s conduct following her marrying Prince Harry, 38. actress day Prince Harry also claimed that the disclosure of his wife’s handwritten letter to her estranged father “caused” her miscarriage.

Meghan Markle and Prince Harry sued the publication for printing the private communication between the father and daughter. “We sat down with the lawyer for the institution [monarchy] and senior members of the palace,” she said. “And it was in those meetings that I reminded them I wrote that letter at the guidance of senior members of the family.”

The two stated that the palace paused in bringing legal action against Mail on Sunday, and then the couple spoke about their plan to file the lawsuit privately. The Deal or No Deal alum dubbed this legal case to be a turning moment when it comes to her relationship with the British media. “After then, everything changed,” she claimed in the episode.

Even though the lawsuit lasted two years, Meghan finally won when Mail On Sunday challenged an early ruling in her favor. The Court of Appeal upheld the judge’s finding, as Newsweek writes, that Meghan had a “reasonable expectation of privacy in the contents of the letter and those contents were personal, private and not matters of legitimate public interest.”

In May of this year, Meghan faced criticism for not visiting her father after he apparently suffered a stroke. Before this, Thomas allegedly planned to fly to London after being asked by a right-wing news program to watch Queen Elizabeth II’s Platinum Jubilee, when Meghan and Harry were supposed to attend. Meghan’s relationship with her father, as Newsweek notes, is “complicated by the lawsuit filed against her” by her half-sister Samantha Markle.

6 Tips to Restore Respect in Your Relationship