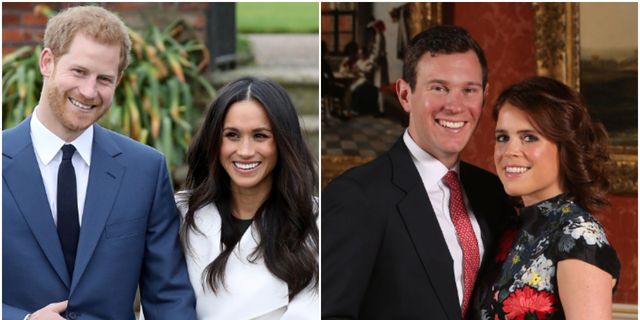 Prince Harry and Meghan Markle struck a deal to give away their former home, Frogmore Cottage behind the backs of the senior royals, claim sources.

The Sun Online has reported the couple has formed a new “fab four” with Princess Eugenie and her husband Jack Brooksbank, and that the Windsor cottage will be the perfect place for them to start a family.

Sources close to the family have claimed Eugenie and Jack have formed a close bond with the now US-based Sussexes.

Princess Eugenie, 34, and Jack, 30 are expecting their first child together, and are expected to look after the home well into the New Year, which is around their due date.

The decision follows direct talks between the two couples, who have always been close friends.

However, Harry and Meghan – who live in California following their decision to step down as senior royals – have still insisted that Frogmore Cottage is their UK home.

Despite this claim, an insider has told The Sun Online that “senior royals were initially blindsided by the idea for Harry and Meg to let Eugenie and Jack move in.

“Obviously the Queen was told after the couples had spoken about the plan.

“But it is very much a deal done between Harry, Meghan, Eugenie and Jack. There is a close bond between them.”

Earlier this year, Prince Harry announced that he and Meghan had paid back the £2.4 million taxpayer bill that had covered the drastic renovations made to Frogmore, which paved the way for them to do as they pleased with the empty cottage.

A Buckingham Palace spokesman said: “Frogmore Cottage is the private residence of the Duke and Duchess of Sussex and as such any arrangements are a matter for them.”

Here’s When You’re Most Infectious With Covid-19, With And Without Symptoms