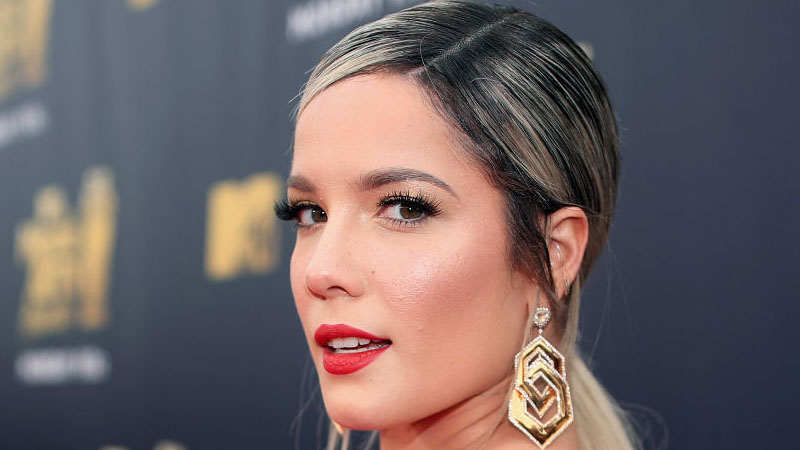 Halsey has recently taken to her social media platform to share a powerful message on postpartum and reflected on the misconceptions surrounding it. The singer, 27, has given birth to her first child Ender, after which, she talked about how her body has ‘altered’ post-birth and is ‘still changing’ weeks after the baby has been born.

“I am posting this because no matter what I do, people are going to talk about my body,” Halsey began. The post comprises pictures of the new mother showcasing her belly and the changes her postpartum body has been dealing with for some time.

Opening up on the compliments she received after her Saturday Night Live gig, Halsey stated that it seemed like a ‘weird feeling’ to be praised because her body “felt like a stranger’s for a long time.”

Halsey noted that addressing the idea of postpartum body changes was ‘important to her and she wanted to be ‘real’ with her fans. “The first picture on this slide is days after my baby was born. A lot of people don’t know that you still look pregnant for a while after.

It is still changing and I am letting it, ” the If I Can’t Have Love, I Want Power” singer revealed. With her post, Halsey made it clear that she “didn’t want to feed the illusion” that one instantly goes back to their normal body after postpartum.

“That is not my narrative currently. If you’ve been following me because you’re also a parent and you dig what I’m doing, please know I’m in your corner. I will never have my “pre-baby body back” no matter how it changes physically because I have now had a baby! And that has altered me forever; emotionally, spiritually, and physically,” the singer noted.

The singer later explained how ‘tired’ she was amid postpartum body changes. “I’m really tired and not a superhuman and this is really hard. Doing my best to serve my art and my family whilst keeping it all so very real,” she said.