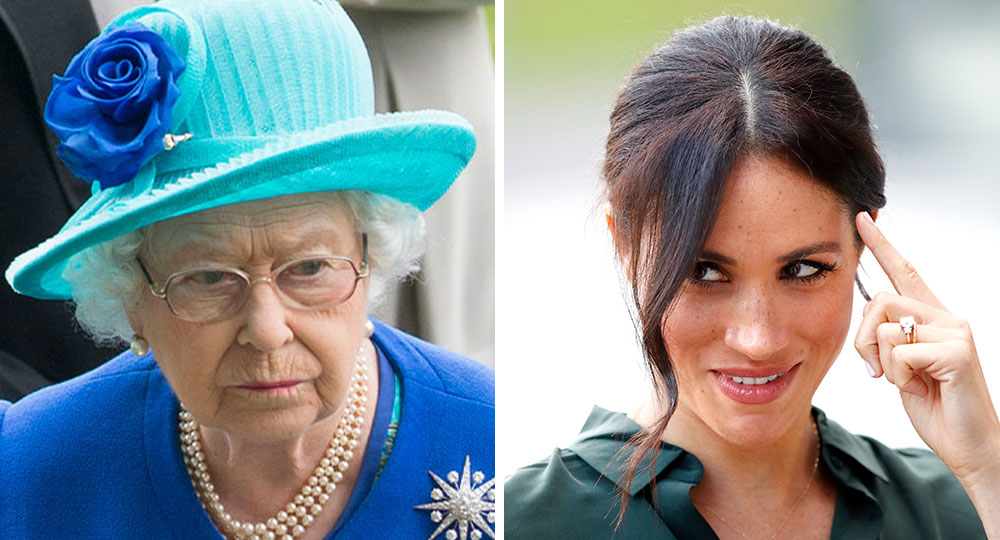 Just days after it was confirmed that Prince Harry and Meghan’s planned Megxit review in March has been cancelled, chaos is said to be brewing behind palace walls.

New Idea understands the Queen is preparing to call a private crisis meeting with senior members of the royal family after learning of an alleged plan against the palace.

Despite stepping back as senior members of the royal family early last year, sources believe the Duchess of Sussex is still playing the long game.

“She is all too aware that her Archie is still seventh in line to the throne until the Cambridge kids have families of their own, and she has – rather morbidly – confided to friends that “anything can happen, so it’s best I’m prepared”, the insider explains.

Indeed, even royal author and historical consultant to The Crown, Robert Lacey, in his latest book, Battle of Brothers: William, Harry and the Inside Story of a Family in Tumult, says: “Who knows what can happen in an age of terrorist attacks and global pandemics … six and seven could well get promoted to three and four, or higher.”

Our source says Meghan, 39, will make sure 1-year-old Archie is all studied up on his royal side of the family just in case he ever needs to step up and become king.

“If the unthinkable did happen and Archie was required to return to England and fulfil a destiny no-one would have expected for him, a side of Meghan would be thrilled,” says the source.

“She would get the rank and power that she always wanted – mum to a king, or even if he was just higher up in succession, it would give her the status that she never had as merely Harry’s wife. Meghan is nothing if not prepared, and she’ll ensure Archie learns all his etiquette lessons just in case the prodigal son ever needs to return.”

We’re told that as part of Archie’s upbringing, he is being read English literature and she encourages Harry, 36, to do most of it.

“She loves the English accent and wants Archie to have one,” says the source. “She thinks it’s more regal. When he’s a little older she’s asked Harry to educate him on British kings and queens of the past, royal protocols and tradition. Meghan doesn’t want the snobs in the palace looking down on Archie if he returns with a strong American accent and little understanding of his UK relatives.”

Royal author Phil Dampier adds that the Queen and her courtiers would be simply “horrified” by Meghan’s behaviour, especially since she and Harry have turned their backs on the monarchy in favour of Hollywood fame and a life in the US.

Along with their multimillion-dollar Spotify deal, the Sussexes also signed on with Netflix last year to create content for the popular streaming service, a deal which has reportedly since fallen through.

“I don’t see any problem with them starting a new life and making a fortune, but it must be on different terms and not as quasi-royals,” Phil says.

“You can’t be half in and half out of the royal family. This is what the Queen feared.”

And despite rumours that postponing the Megxit review was a cordial decision between the Sussexes and the royal family, it could not be further from the truth,” says an insider.

“William can’t bear to look at them, especially Meghan. But as the mother of a son with royal blood, she simply won’t be cast aside. She feels that now they’ve been uninvited for a review, she can do whatever she wants, and there are fears William’s refusal to see Meghan and Harry will have a terrible impact on the monarchy.”