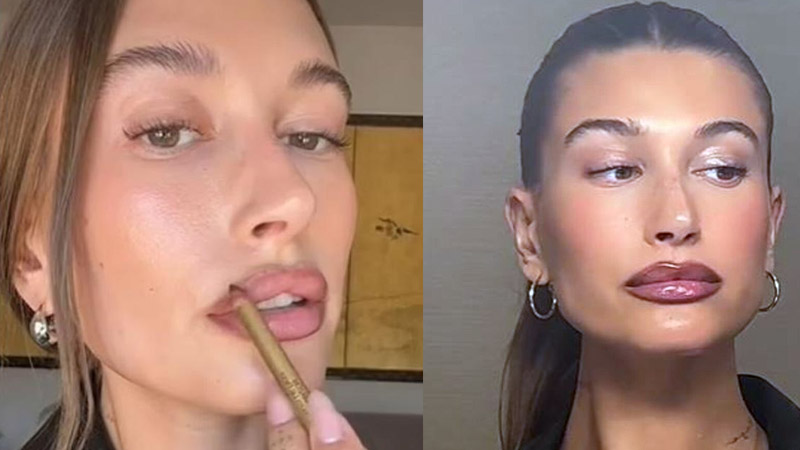 Sir John Barnett, a well-known celebrity makeup artist best known for his work on Beyonce, has commented on the criticism of Hailey Bieber’s “brownie glazed lips.”

The founder of Rhode Skin sparked controversy last month when she debuted the lip look she’s been favoring lately, which consists of a clear lip gloss from her skincare line applied over a chocolate brown lip liner to define her lips.

The makeup look was first worn by Black and brown women in the 1990s, according to social media users who accused the model of cultural appropriation after the video quickly went viral.

Sir John responded to the uproar by stating that it was “not about Hailey,” but rather the larger historical context surrounding the lipliner and gloss combination.

“All you had was a lip liner and a clear gloss back in the day,” he told fashion watchdog Instagram account @Diet_Prada. “We had to be creative and try things in an unorthodox way because of the lack of products for Black and brown people.”

With the resurgence of nineties fashion, hairstyles, and makeup trends, “everyone feels like they found gold for the first time”, Sir John added. “That’s why we need to look and say ‘hey, we’ve been here.”

“When you have a megaphone that goes out to millions of young, impressionable people, it’s your job to know,” Sir John said of Bieber’s video. “As long as we’re having the conversation about equity in beauty, we’re in a good place.”

Explaining the double standard between how the lip trend has been coveted by Bieber’s fans, Sir John explained: “When it was on my sisters or my mom, and in Black and Latino communities, it was seen as ghetto. Now that it’s on white bodies, it’s seen as ‘fashionable’.”

In a previous video, influencer and TikTok creator Bria Jones claimed that Hailey would profit from sales of the product she used in her demonstration while “women of color get called ghetto for it.” Sir John’s remarks reflected those of Bria Jones.

“Women of color aren’t mad that people do these trends,” Jones said. “It’s when you slap a f***ing Betty Crocker name on it and make millions from it when women of color get called ghetto for it. That’s the part that hurts.”

Ways To Elevate Your Wardrobe