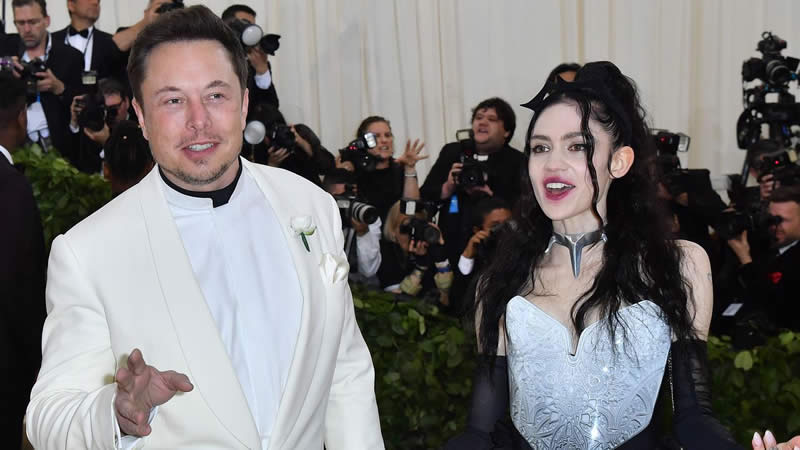 Grimes has clarified that she and Elon Musk “broke up” before it was revealed that they secretly welcomed their second child.

The singer confirmed that she and the Tesla founder had become parents again in an interview with the new issue of Vanity Fair magazine this week.

Grimes – who also shares 22-month-old son X Æ A-Xii, with Elon – announced that the pair welcomed a daughter in December 2021 via surrogate.

The baby’s name is Exa Dark Sideræl, though the pair are said to have nicknamed her Y.

However, as well as confirming they are no longer in a relationship, Grimes has clarified that her newborn daughter’s name is likely to change.

Grimes, who intended to keep the birth of her daughter a secret, won’t be revealing the new name to the public, as they want to keep their little girl out of the spotlight.

The ‘Genesis’ singer tweeted: “2 clarify a few things; I did this to speak abt my work, not ‘reveal all’ haha. Def held back a lot, contrary 2 headlines. And didn’t mean for them 2 find out about my daughter so please respect her privacy as I’d love her to be able to live as private of a life as possible. (sic)”.

When a follower asked about her daughter’s name, she replied: ”This will most definitely change btw haha but it won’t be for the public. (sic)”

Grimes added that she will no longer be doing “traditional press”

The experimental artist explained her daughter’s unique name by describing how Exa refers to a supercomputing term, exaFLOPS, while Dark Universe represents “the unknown”.

She said in the article: “People fear it but truly it’s the absence of photons. Dark matter is the beautiful mystery of our universe.”

Grimes described Sideræl as the “more elven” spelling of ‘sidereal’ – which she defined as “the true time of the universe, star time, deep space-time, not our relative earth time.”

The name is also a nod to the star’s favorite ‘Lord of the Rings’ character, Galadriel.

Despite splitting up last September, Grimes revealed that she still considers Musk to be her “boyfriend” but describes their relationship as “very fluid”.

The pop star – whose real name is Claire Boucher – said: “There’s no real word for it. I would probably refer to him as my boyfriend, but we’re very fluid.

“We live in separate houses. We’re best friends. We see each other all the time… We just have our own thing going on, and I don’t expect other people to understand it.

“This is the best it’s ever been… We just need to be free.”

Grimes also hinted that she and Elon want to have more children.

She said: “We’ve always wanted at least three or four.”