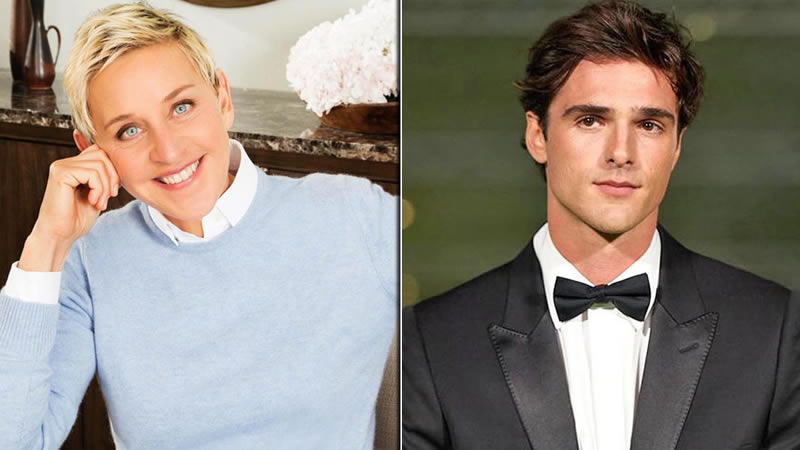 Zendaya starrer Euphoria has made a massive buzz across the world. The show has received critical as well as audience love ever since the second season aired on HBO Max.

While there is all the positivity and love for it, it has also found its name in some controversies, the latest being the toxic work environment allegations against the makers. However, making headlines now is Jacob Elordi who plays Nate Jacobs on the show.

If you aren’t aware, Jacob plays Nate who is a pretty dark character. Known for being mean, his character is a manipulative teen who only knows his good. Over the two seasons, he has been receiving a lot of hate and people are fuming. That means he has done the job right actually.

But looks like his latest appearance on the Ellen DeGeneres’ talk show has stirred a new controversy. The internet has accused the talk show host of objectifying the 24-year-old actor by talking about his body. Read on to know everything you should know about the same.

Ellen DeGeneres was discussing his Euphoria character Nate Jacobs with Jacob Elordi on her talk show. The host spoke about the multiple scenes Elordi goes shirtless on the show.

She asked if the scriptwriters consult him on how he felt. Elordi replied (as per The News), “You have no choice. I’ve done some movies where it’s like [my character] goes to the mall shirtless. And you’re like, “Why?”‘

Responding to Jacob Elordi’s comment, Ellen DeGeneres said, “Well because look at you, that’s why.” This led to Elordi sipping his drink awkwardly. This is where it went wrong and the netizens called out Ellen for objectifying the Kissing Booth star. Tweets and comments have been calling out her behavior.

But turns out this isn’t affecting Euphoria star Jacob Elordi’s friendship with Ellen DeGeneres. The actor has taken on his Instagram story putting up a picture from the talk show sets and writing, “I Love Ellen”.

Kate Middleton is reportedly ‘heartbroken’ by the fallout with Prince Harry