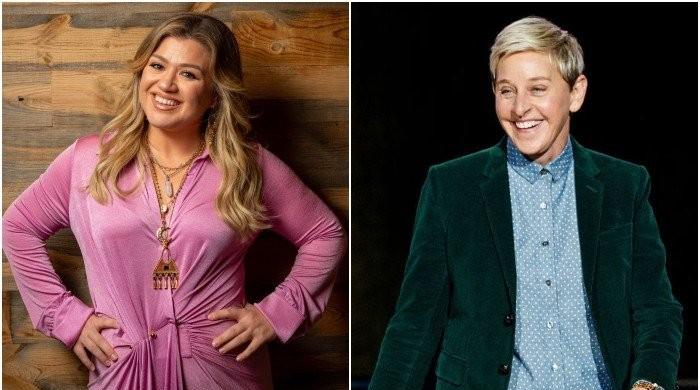 Ellen DeGeneres and her show’s future have been hanging by a thread ever since she was embroiled in a workplace scandal last year.

And with her ratings nowhere near as high as before, talk around The Ellen Show’s cancellation has greatly spiraled.

And now, Page Six reports that the comedian will be having talks about the existing deal on the show—which has a year left—next month.

As per official stats cited by the outlet, Ellen’s ratings have dropped eight percent. Meanwhile, The Kelly Clarkson Show, which is aired right after, could take over Ellen’s 3pm slot if the show is discontinued in the near future.

While The Ellen Show became one of the most watched shows of all time in the past seven years, the success came tumbling down when the host was caught up in a grueling scandal last summer over toxic workplace and alleged bullying with her staff members.

On the other hand, the American Idol alum’s talk show hit a season high last month and matched the DeGeneres’ figures for the first time ever.

While Ellen getting replaced is out of the question because of her owning the rights to her show, the same time slot could be handed over to someone else as the show producers at Telepictures want to stick to the prestigious 3pm period.

A source told Page Six: “Telepictures knows Ellen wants out, but execs want to keep the time slots and put another host in her place.”

“Kelly would likely get Ellen’s time slots, but Telepictures will fight to keep them,” added the insider.