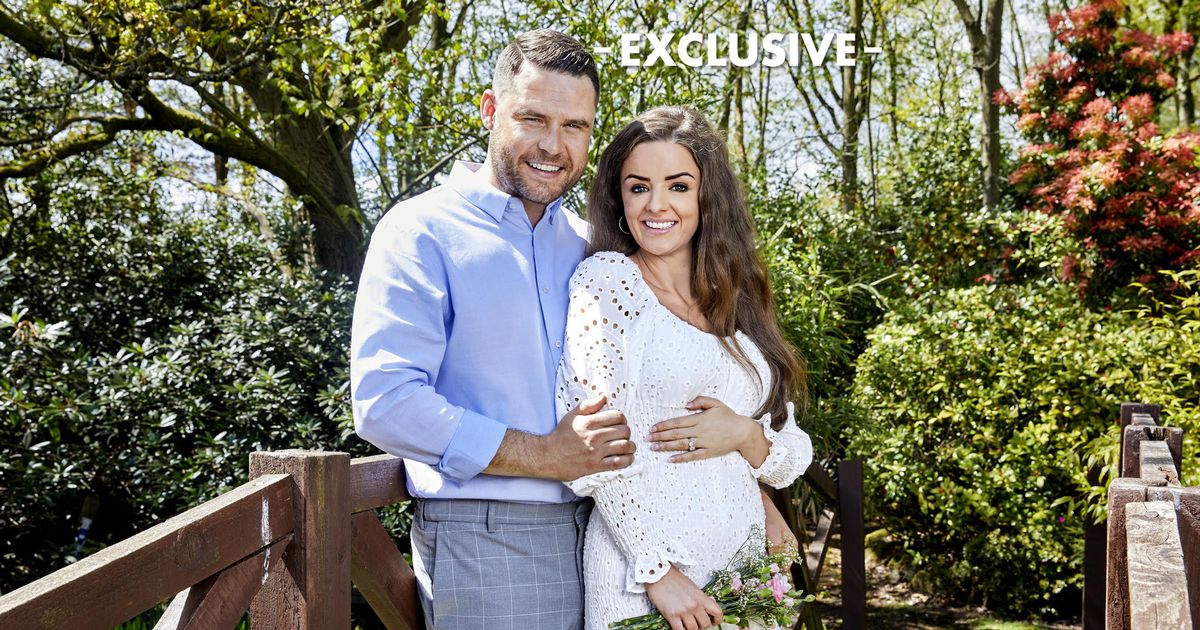 The loved-up couple had been having fertility issues for a year, but have now shared their happy news with OK! magazine.

Soap star Danny, 30, is used to dramatic moments on Emmerdale as Aaron Dingle – but even he couldn’t have predicted the on-set surprise he had recently.

He has explained that he was actually filming a massive explosion scene for the ITV soap when Step found out that she was pregnant.

Danny and Steph are already parents – of sorts – to their adorable Cavapoo called Gini, who is often seen on his social media.

It’s clear the duo love kids, as they seem very close with his nieces and nephews, having spent plenty of time with them during lockdown.

When his youngest nephew Teddy was born, Danny said: “His little hands stole my heart. His little feet ran away with it.”

He even started his own “Danny Day Care” hashtag but joked that he was only “pretending to know what he’s doing”.

Instead, he said: “Truth is Steph is the secret behind this black mirror of mine. She deserves the credit, entirely.”

Opening up on more difficult times, he added: “We all show off our best moments on socials, never do we share the worst moments. But this girl has shared and carried some of the lowest points of my life over the last few months.”

He went on: “A light at the end of a very dark tunnel for me. All that thrown into a big bowl of love and appreciation, mixed in with a beautiful Cavapoo in little Gini has played a huge part in me overcoming those dark moments.”

The Stockport-born lad explained he had been suffering with anxiety and depression and was hoping to show fans “the bigger picture”.

He urged: “Talk to someone. And allow someone to love you and love them in return. And then, like me, hopefully, you too can see a genuine path to welcoming and dealing with the horrible, invisible illness that is anxiety and depression. I hope you find that partner and that friend, like me.”

Danny also spoke of looking after his little family members during an appearance via video link on Lorraine.

He confessed: “I mean the picture paints a scene of calm, but really that was post a really big argument when every one was tired and everyone needed a little sleep.

“So, that picture was taken, obviously as these pictures are, at the nicest of times, shall we say. There was a lot of screaming beforehand.”

He added: “My nieces and nephews and my sister has kind of been on lockdown a lot with me here so I’ve been on hand to help out with the kids and stuff, which has been great but also kind of refreshing when you close your bedroom door.”