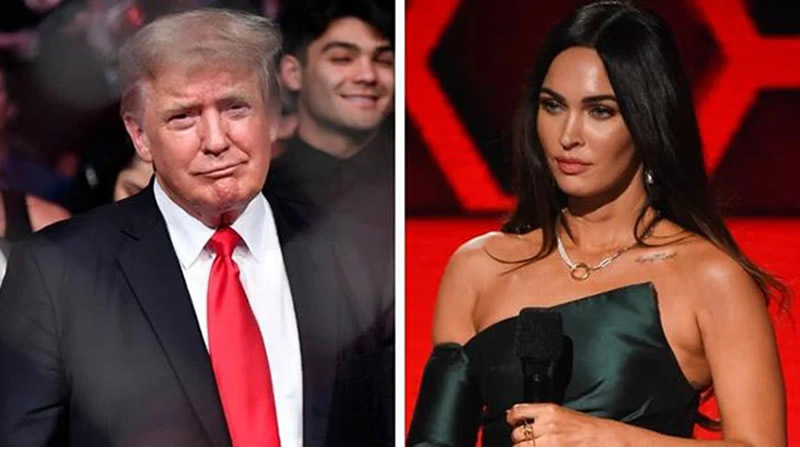 Megan Fox dismissed critics after her comment on former US President Donald Trump made it seem as though she was politically aligned with him.

During her appearance on Jimmy Kimmel Live, the Transformers star shared about attending the UFC 264 match between Dustin Poirier and Conor McGregor.

The 35-year-old also spoke about how the crowd reacted when Donald entered Las Vegas’ T-Mobile Arena and was welcomed by a roaring crowd.

Speaking to the guest host Arsenio Hall, she said he “was a legend—that arena was very supportive of Trump when he came in.”

Following her comment, she was criticized for siding with the controversial estate mogul.

She then took to her Instagram Story to clarify what she said.

“Uhmmm… I do not align myself with any political party or individual politicians,” she wrote.

“I never said Donald Trump is a legend. I said he was a legend…in that arena (key part of the sentence). The arena was filled with UFC fight fans. Many of them clearly Republican based off the insane crowd reaction he received walking into the T-Mobile venue.”