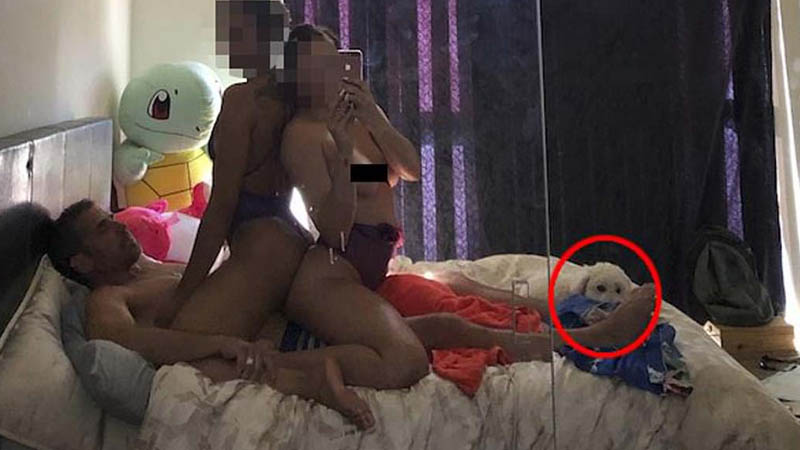 These explicit photos or email exchanges were taken from a computer believed to have belonged to the son of the US President.

The British newspaper had it authenticated by several experts. We can see photos of Hunter Biden naked, including one in which he is in a bed with two women, or what looks like crack on a scale.

Exchanges of more or less equivocal messages evoke the arrival of women at Hunter Biden’s home or even paid support.

The Daily Mail claims that some 103,000 text messages, 154,000 emails, more than 2,000 photos and dozens of videos have been discovered on this hard drive. These elements testify to the lifestyle of Joe Biden’s son.

In addition to soliciting prostitutes, there is talk of luxury cars or a rental at $ 12,000 per month. Inappropriate expenses in view of the debts and recurring financial troubles of Hunter Biden in recent years.

In 2019, he was dragged to an Arkansas judge for failing to pay child support for the daughter he had with a stripper.

Other messages mention his financial difficulties despite income of nearly $ 500,000 per month, or the threat of using his own daughter’s education account to pay off her debts.

The computer in question had been dropped off in April 2019 at a Delaware store for repairs, but no one had ever come to pick it up. The store owner claims he made a copy of the hard drive and sent it to Rudolph Giuliani, then Donald Trump’s personal lawyer.

The camp of the former president had then hammered to have evidence of conflicts of interest between Joe Biden and the Ukrainian gas company Burisma Holdings Limited, to which Hunter Biden is linked but no proof has been provided to date.