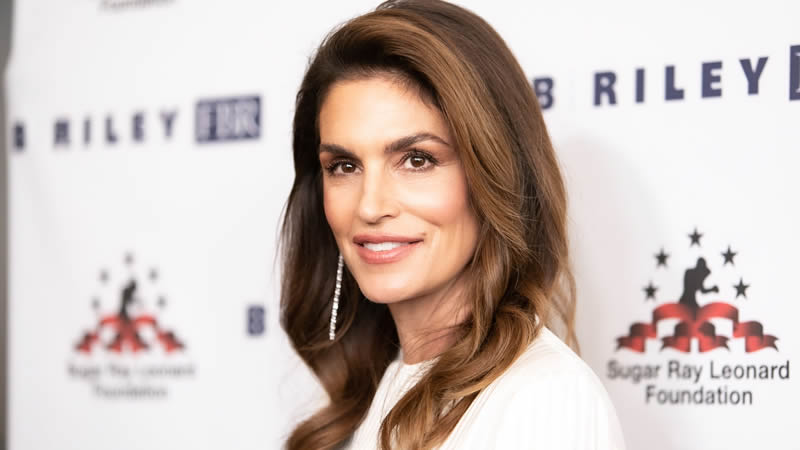 Cindy Crawford just revealed that she experienced imposter syndrome at the beginning of her career. The 55-year-old supermodel, whose ascension to fame began in the mid 1980s, recently opened up about her struggles on an episode of Ladies First With Laura Brown.

Crawford said that she didn’t really feel that she belonged in the room when she was starting out in her career, and she felt that being called a “supermodel” was “ridiculous.”

“All of a sudden you find yourself at the Academy Awards or whatever. And you’re like, ‘How did I get here?'” Crawford explained. “And some of it’s like, you just fake it till you make it. And you try to pretend that you belong there until eventually you do. So I think in some ways, my insecurity made me take like a little bit of a back seat, which served me well.”

Crawford led a notable modeling career in the 90s, gracing the covers of countless magazines including Vogue, W, Harper’s Bazaar, Elle and Cosmopolitan. She retired in 2000, yet occasionally returns to some modeling jobs from time to time.

Despite her quick rise to fame, Crawford said that she does not have an ego – due to the imposter syndrome she felt early on in her career.

And now, Crawford has said that she is hoping to instill that same humility to her children, Presley Gerber, 21, and Kaia Gerber, 19.

“I really try to tell my kids everyone feels the exact same way,” Crawford told Laura Brown. “And if they don’t, they’re probably a jerk. If they’re like, ‘Hey, I deserve to be here.’ That’s probably not the person I’m going to want to talk to you.”

aia has been following in her mother’s footsteps, already leading a notable career as a supermodel – despite her young age. Kaia debuted on fashion week runways in 2017 and even won Model of the Year that same year.

She has modeled for magazines including Teen Vogue, i-D and international editions of Vogue, as well as starred in many ad campaigns for top fashion labels.

Gigi Hadid Doesn’t Even Look Like Herself Anymore—Are You Sure This Is Her?!