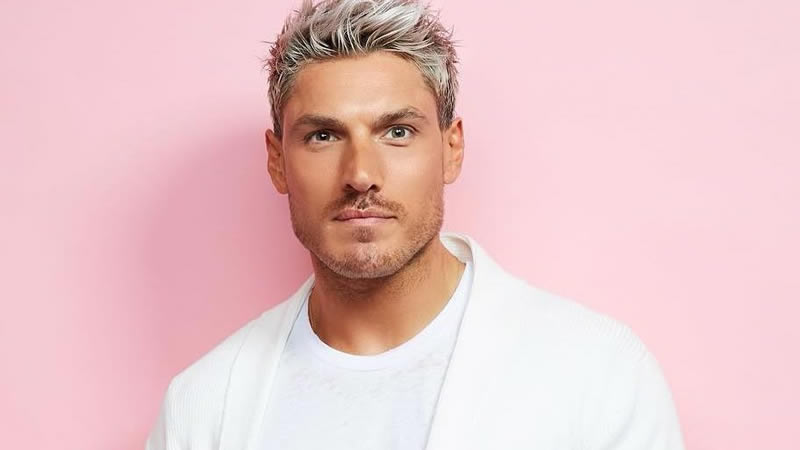 Ever wonder how Kim Kardashian’s locks always look so perfect? Well, it’s thanks to her hairdresser Chris Appleton, who is behind an entire list of high-profile celebrities who see the red carpet as their second home.

As The Kardashians hit Hulu on April 14th, fans everywhere began searching Chris’ name, with the main question being where he is from. It’s clear that Kim’s strong US accent was an entire country away from his northern UK twang.

From Jennifer Lopez to Kim K, Chris is trusted by a number of A-listers across the globe. He once picked up from the UK and has been traveling everywhere since, from Paris to New York and Los Angeles.

Who is Chris Appleton?
Leicester-born Chris first started styling hair at the age of nine. His first client was his mother, with whom he made a few mistakes along the road to his success – such as when the back of the hairdryer fell off and sucked up her hair.

He is the global director of Color Wow Hair and represents IMG Models. He was named the 2010 Young Talent of the Year on the London TV show Hairdresser of the Year and has only risen to more talent ever since.

The hairdresser, who has a teenage daughter called Kitty-Blu, first worked as an apprentice at Leicester salon George’s Hairdressing in 2000. However, he completely expanded his career by moving his work to Hollywood in 2016.

Before coming out as gay, Chris was in a relationship with Katie Katon. They share two children including son Billy.

Musicians Dua Lipa and Jennifer Lopez regularly get their hair done by Chris and are plastered all over his Instagram page. He has also worked his barnet magic on make-up artist Mikayla Jane.

Drew Barrymore is another high-profile client. He has even starred on her show to provide hair tips, and wrote on Instagram: “The Drew Barrymore Show is about making real women not only look good but more importantly feel good.“

According to The Sun, Kim Kardashian pays him $2,000 a day to style her hair. Katy Perry and Ariana Grande’s hair have also been under the spell of Chris’ hair magic in the past, which highlights just how sought-after he really is.

Kim K’s Chris-Esque hair looks
Chris recently styled Kim for a recent up-do look, which received praise as some fans’ favorite hairstyles on the Kardashian. He also does a fair amount of ‘snatched’ dos, including for her long ponytail at Vanity Fair.

Kim’s glam squad are just as much her good friends as stylists, and they often hang out at events together. And of course, Chris was at hand to do that Rapunzel-Esque Balenciaga shoot hair!

He said he was “forever grateful” to style her locks for her Vogue cover in February 2022. Chris also styled her shoot for Kim’s own brand KKW when promoting the Opals collection.

Chris revealed a hair secret and wrote on Instagram:

To create this hair texture I tied Kim’s hair into knots, then clamped it with that a flattening iron. When you take it out you get this real explosion of texture & volume.

Will Smith’s longtime friend Jazzy Jeff comes to his defense over the Oscars slap: ‘It was a lapse in judgment’