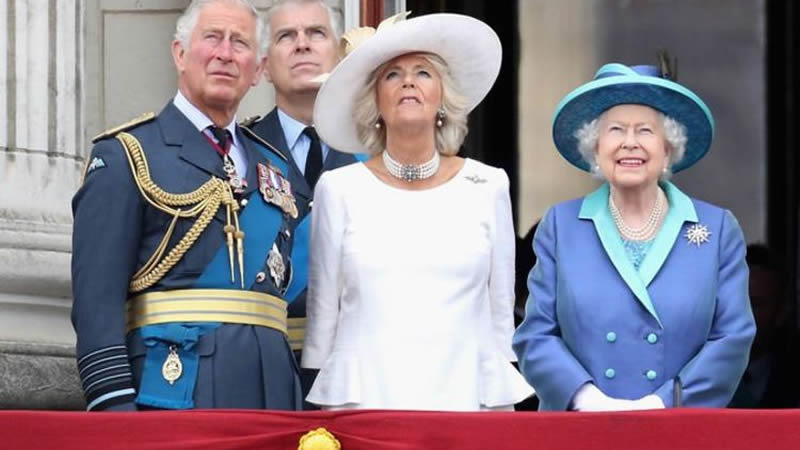 As Queen Elizabeth rests up after spending the night at the hospital and pulling out of several monumental engagements such as the Remembrance Sunday because of a strained back, experts via The Sun, are suggesting that Prince Charles–next in line to the throne is being prepped to take a more central role along with his wife Camila.

While Buckingham palace assured fans that the queen is resting to resume royal duties as usual, fans and royal watchers are getting deeply concerned as the queen has not made any public appearances in the last month. According to reports, the 95-year-old monarch was also appearing to look distinctly purple in photos obtained by The Sun.

While the sight is certainly not reassuring, Dr. Jay Verma of the Shakespeare Medical Centre told The Metro that the color may just be a result of cold or could be Raynaud’s phenomenon.

The medical expert added that “lack of circulation, frail skin, exposed veins, bruising, [and] a leakage of blood to the tissue beneath the skin” can cause purple hands.

Elizabeth previously canceled a number of public appearances last month on the recommendation of her doctors. On October 20, she was briefly hospitalized but was sent home after being monitored overnight. She returned to work right away, much to the concern of her loved ones.

As Prince Charles takes on the reigns, his wife Camilla is also all set for a royal promotion with a “central role” next year, as per reports via The Metro.

The Duchess of Cornwall will lead the “Big Jubilee Lunch” on the final day of the special four-day Bank Holiday Weekend to celebrate the monarch’s 70-year reign. Prince Charles will become the king of England after the Queen and is next in line to the throne, following him is Prince William, who is second in line to the throne.