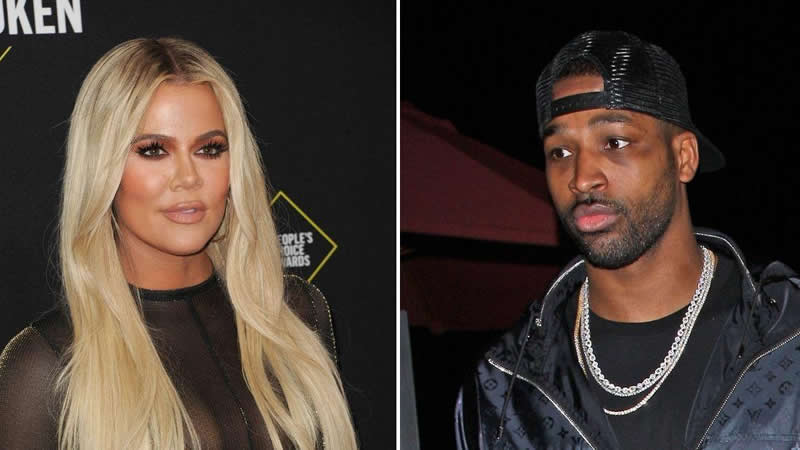 According to a source, Khloé Kardashian is moving on from her ex-boyfriend Tristan Thompson, despite his new controversy.

Thompson, 30, is being sued for child support and pregnancy-related bills by personal trainer Maralee Nichols, 31, after she claimed they conceived a child together in March, while the Sacramento Kings player was still dating Kardashian, 37.

Kardashian, who broke her relationship with Thompson in June, “is moving on,” according to an unnamed source.

“Tristan and Khloé have been separated for a time, and things between them are well,” the source claimed.

Kardashian and Thompson are “focused on co-parenting True,” their 3-year-old daughter, according to the source. Jordan Craig, the athlete’s ex-girlfriend, has a 4-year-old son named Prince.

Following the paternity lawsuit’s announcement last week, People reported that Kardashian “knows about the baby” and that she and Thompson “were together in March.”

Thompson impregnated Nichols on his 30th birthday in March, according to Nichols’ paternity suit, which she filed in June. According to a declaration included in the complaint, Thompson admitted to having sex with Nichols numerous times at a hotel after the two attended a party together.

Kardashian’s pals have been advising her “over and over again” not to take Thompson back following his previous cheating scandals, according to the source. According to the informant, Kardashian was hopeful that he would change and wanted to keep their family together for their baby.

“She’s just a really nice person who likes to see the good in others,” the source continued. “To her, it’s just a sad circumstance.” After he was caught hugging and kissing Kylie Jenner’s then-best pal Jordyn Woods, Kardashian and Thompson divorced in 2019. After spending quarantine together during the COVID-19 lockdown, they resumed their love in September 2020.

Kardashian “knew things would change” after he went to the NBA, according to the source, but she remained confident that he would remain devoted and committed to her.

Throughout Thompson’s paternity controversy, Kardashian’s family has been there to support her. Scott Disick sent her a bouquet of pink roses shortly after the lawsuit made headlines.

On her Instagram Story, the “Revenge Body” star posted a photo of the roses. “@letthelordbewithyou, I adore you. Thank you so much “Kardashian added a caption to the photo.