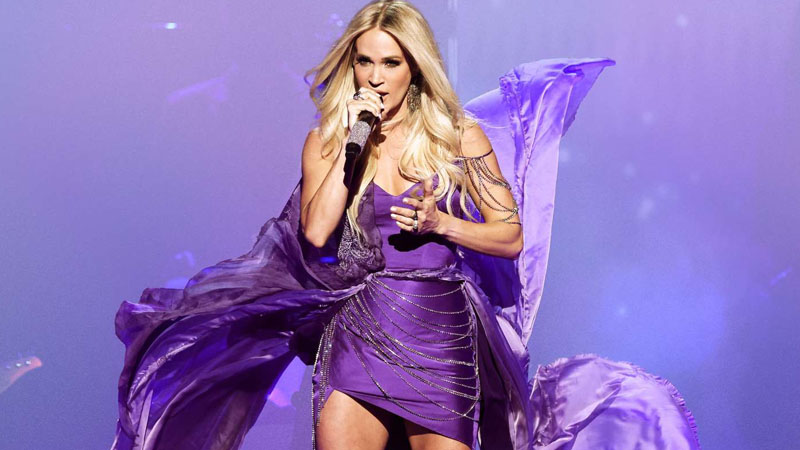 Carrie Underwood is going out of her way to keep her home life together as rumors about the state of her and Mike Fisher’s marriage circulate. The singer’s Denim & Rhinestones tour starts on Saturday, October 15, but because their eldest child, Jacob, is now in school, the family will be unable to join her.

However, “they’ll be out to visit,” she confirmed on Friday, October 14, episode of Today.

The singer’s commitment to being a present wife and mother comes amid rumors that her workaholic ways are actually hurting her romance. “Work is a huge priority for Carrie,” an insider previously spilled. “She’s extremely driven but also determined to hang on to her marriage — and she’s acknowledged to friends she needs to put in the effort with Mike.”

Fisher, a retired NHL player, allegedly felt “neglected” the last time Underwood, 39, went on tour. “It was really hard on their relationship — so of course, her friends are worried this tour will put their marriage in jeopardy again,” the insider noted.

According to OK!, the two have clashed over their respective careers, as the American Idol alum wants the athlete, 42, to stay at home with the kids while she’s on the road, despite the fact that he “gets a lot of offers to go into coaching.”

“He has dreams, too,” the source added. “You just feel if the two of them can’t reach a happy medium in their personal and professional lives, their marriage is doomed!”

Speaking of being a stay-at-home dad, the “Blown Away” songstress revealed during her Today appearance that their eldest boy is “becoming more aware” of the fact that Underwood is famous. “He’ll go to school and someone will be like, ‘I saw your mom on TV last night,'” she explained. “He’s just becoming more aware that his mom does something that’s not normal.”

The couple also has a 3-year-old son named Isaiah.

The Best Handbags for The Office in 2022

Meghan and Harry have ‘done nothing but seek publicity’ since Megxit, royal aide claims