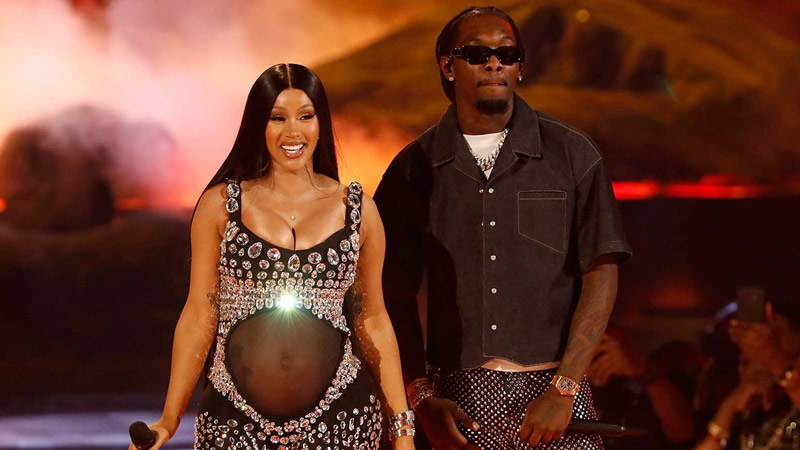 Cardi B made a surprise appearance and announcement during the BET Awards on Sunday night. As her husband Offset’s group Migos performed “Straightenin” and “Type Sh*t,” the “WAP” rapper shocked fans when she stepped out on stage wearing a formfitting jumpsuit that showed off her baby bump.

That’s right: Cardi and Offset are expecting their second child together! Moments after the performance, Cardi confirmed the exciting news on her Instagram alongside a gorgeous photo of her.

The couple are already parents to daughter Kulture, whom they welcomed in June 2018. Naturally, the performance became the talk of the show as Taraji P. Henson reacted to the news on stage.

“Cardi B and Offset giving us life, literally. They are really about that guap. They even got their baby performing.” Later during the show, Cardi B also took home video of the year for her collaboration with Megan Thee Stallion on “WAP.” See the surprise performance above.