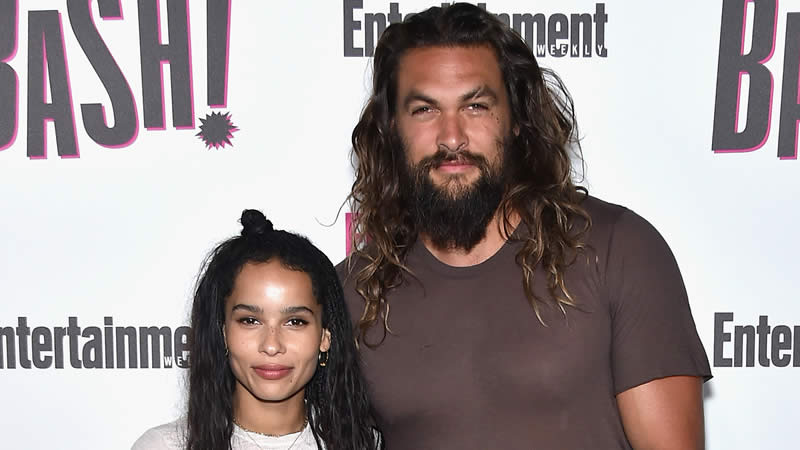 Zoe Kravitz has received support from the most important guy in her life after making her Saturday Night Live hosting debut.

Over the weekend, the 33-year-old actress made an appearance on the NBC sketch comedy series, and her father, Lenny Kravitz, and stepfather, Jason Momoa, both thanked her on social media.

However, the Aquaman star also paid tribute to Zoe, captioning a collection of SNL promo photographs from the actress’ Instagram.

“I am so proud of you! You killed it! Aloha p bear,” Momoa wrote. Both Lenny and Momoa have been very supportive of Zoe’s main role as Selina Kyle/Catwoman in The Batman, which is now in cinemas.

“To see you shine in the same building where your grandparents met and worked was surreal. You were perfection. I love you endlessly,” Lenny, 57, penned behind-the-scenes images of himself and Zoe. The rocker’s parents, Sy Kravitz and Roxie Roker met while working for NBC News at 30 Rockefeller Plaza.

Interestingly. Momoa also expressed love for Zoe as he commented, “So stoked for you. what an amazing moment. love u both.”

For those unversed, Lenny shares Zoe with his ex-wife Lisa Bonet, with whom he was married from 1987 until 1993. Following their divorce, Bonet, 54, started dating Momoa in 2005, with whom she parted earlier this year.

Meanwhile, Momoa also expressed support for Zoe for her current role by attending the premiere of The Batman earlier this month in New York City. The Dune actor “made an extra effort to be there” for his stepdaughter, a source told at the time.