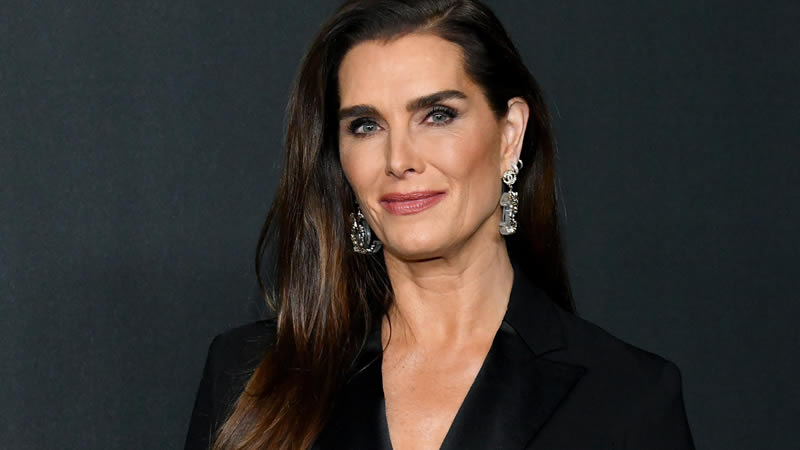 The actor, 55, fell off a balance board while exercising and ended up breaking her femur, the largest bone in the body, and her right leg. Shields initially feared she was paralyzed from the excruciating fall and afterward, she underwent surgery and rehabilitation.

The star has been open about her journey since then, revealing that she has had to relearn how to walk and literally take things one step at a time.

“Somewhere around the time these photographs were taken I realized it’s never too late for a fresh start, a new outlook,” Shields wrote in an Instagram post Friday, along with a photo of an X-ray showing screws within her broken bone.

She also included two selfies from her time in the hospital, with one showing a large incision in her right leg after an operation.

“While this was one of the scariest moments of my life, it was also transformative,” she continued. “The beginning is now…”

Shields’ fans and celebrity friends commented on the post with words of support.

“It is NEVER too late to transform,” commented actor Jennifer Beals. “You remind us we are ALL filled with unspeakable magic. You my friend are such an incredible inspiration! The beginning is now indeed.”

“Oh my!” posted Patricia Heaton. “Was just thinking of you. Sending love and prayers your way! It is never too late for a second act.”

“Exactly,” commented Selma Blair, who has shared her own health challenges in recent years. “You are so strong and always finding the way.”

Shields, who rose to fame as a child actor and model and starred in shows including NBC’s “Suddenly Susan” and in later years on “Lipstick Jungle” has maintained a positive outlook as she’s worked hard to heal. Back in February she posted a video on Instagram of some of her first, careful steps with crutches in the hospital.

“Broke my femur,” Shields posted. “Beginning to mend. No matter what your challenge is, make a positive choice, for yourself, to move forward,” she wrote, adding the hashtag #BeginningisNow.