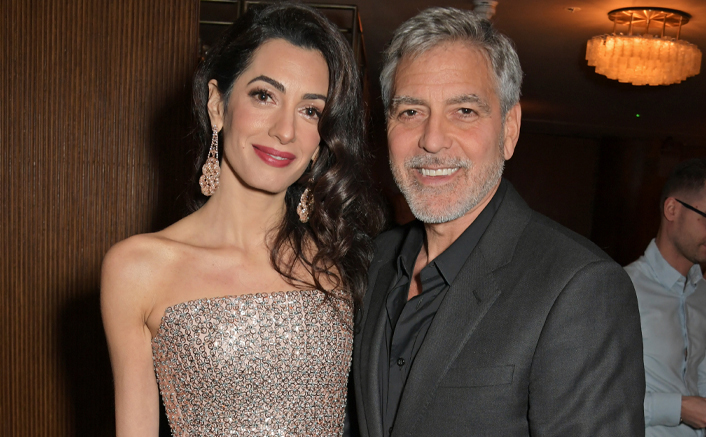 George Clooney and Amal were married in 2014 and parents of 3-year-old twins, Ella and Alexander. Both are living in hale and hearty. In the Howard Stern Show he revealed that he was fell in love with Amal. He was unsure about her feelings due to the 17-year age difference between the two of them.

A mutual friend had asked to visit his home and brought Amal with her. He said, “I was in Lake Como, single, and a friend of mine said, ‘Is it okay if I bring my friend over, I’m on my way to the Cannes Film Festival, can I bring my friend over?’ And my mom and dad were staying with me in Como at the time, and a couple of other friends. And I was like, ‘Sure, bring her over, according to KioMio.

Recalling his first experience with her, he said, “And in walks Amal, and she’s stunning and funny and the smartest person in every room she walks into. And I was really taken with her. We didn’t—we stayed up all night and talked, but we didn’t date. We just started writing each other, and I wrote her for, I don’t know, a few months.”

He added, “And then I came to London. Well, I liked her, but I didn’t want to jump the shark on it, I couldn’t tell if she liked me because I’m 17 years older than her. So she might have thought I was grandpa, I don’t know.”

He then added, “I don’t know … compared to all the other things that she was dealing with that day. I think Abbey Road might have just been a relief.”