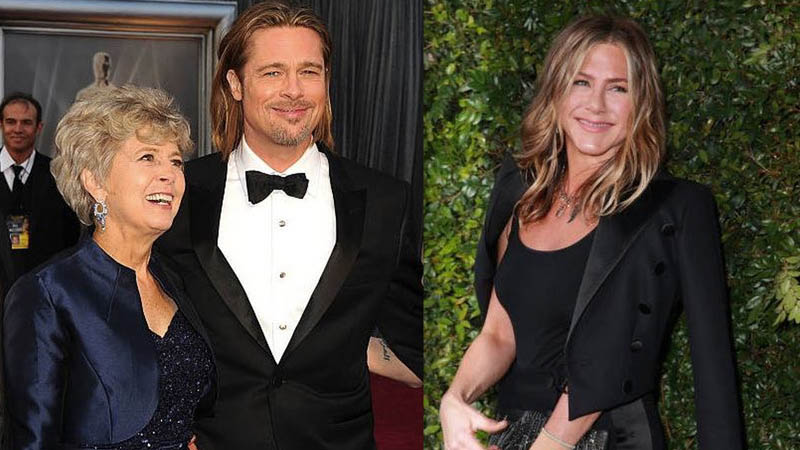 Is she willing to insist her son Brad to reunited with Jennifer Aniston?  One tabloid claimed this last year but we investigated this tale and find the real fact to our precious viewer. Here we go.

The National Enquirer alleged that Brad Pitt and Jennifer Aniston were on the road to remarrying. The paper claimed that the famous former spouses were headed for another trip down the altar after their red-carpet reunion at last year’s SAG Awards.

Everyone Was On Board, Including Brad Pitt’s Mother?

An insider revealed “They felt the outpouring of love from the crowd — and for each other — and were convinced getting back together was meant to be.

The source added, “Jen’s close pals and family are over the moon about what has happened between Brad and Jen.” One of those “close friends” the tipster spoke of was Aniston’s longtime best friend Courteney Cox, who the insider asserted “always thought they were soul mates and meant for each other,”

As for Pitt’s mother, the supermarket tabloid implied that no one was more excited than her about this supposed ceremony. “She was rooting for them to get married again. She loved Jen and hated Angie. They were all rooting for a reboot,” the source disclosed.

Our impeccable source many times revealed that Jennifer Aniston and Brad Pitt were not getting back together. This is untrue. Both are split with each other nearly 15 years ago. But they remain friend. In addition to other false romance rumors the tabloids like to come up with about Pitt and Aniston, it is clear that all these tales can’t be trusted.