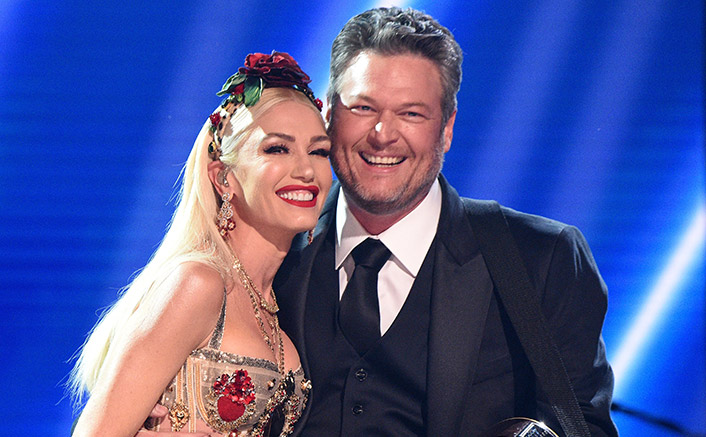 Blake Shelton who recently got engaged to longtime girlfriend Gwen Stefani recently revealed that he plans on looking his best for his wedding day.

While chatting with friend Luke Bryan on his Apple Music Country show Party Barn Radio, the country singer revealed that he’s planning to lose some weight before the big day. “I feel like if I say 10, I have to do it. So, 10. It’s out there now, I can’t let people down,” Blake said.

Blake added that he has readjusted mirrors in his house so that he can see himself regularly and remember his goals. He said: “I’ve rearranged them or they’re kind of angled down, looking down at me,” Blake joked.

“So I’m looking up and it’s not so bad.” If you didn’t know, Shelton proposed to Gwen after five years of dating, Blake proposed to the 51-year-old singer in October 2020 during their trip to Oklahoma.

If you missed it, Blake Shelton previously appeared for an interview on Late Night with Seth Meyers and joked that he wants Adam Levine, who was his co-judge on The Voice, up until season 16, to perform at his wedding.

He explained that since he’s been in the industry for so long, he plans on having Adam Levine perform at the wedding whether he likes it or not! He even jokes that the Maroon 5 music is so “boring” that it won’t distract their guests from the festivities and the reception.