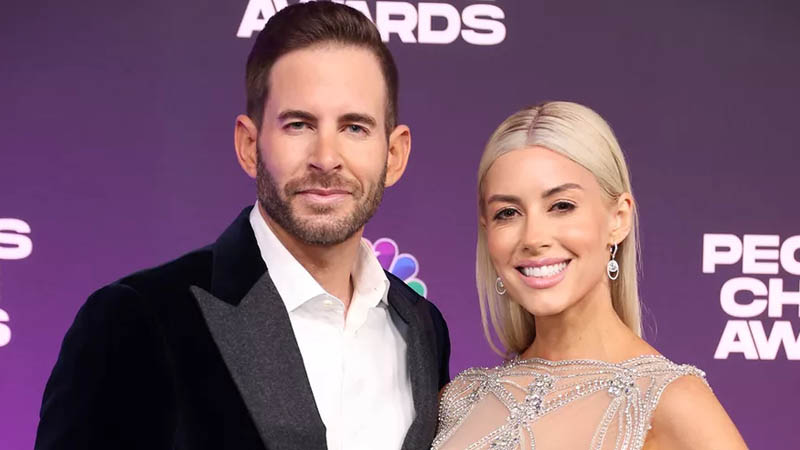 “Still coming to work, still working out, and still being an incredible stepmom to Tay and Bray!” Tarek wrote in an Instagram post dedicated to Heather on Monday. Tarek El Moussa is filled with admiration for his wife, Heather Rae El Moussa.

On Monday, the Flip or Flop alum paid tribute to his partner by posting a photo of the two candidly posing for the camera on Instagram.

“When every day brings your wife to work day>>> 🙌,” he wrote in the caption alongside the snap. “In awe of how amazing Heather has been doing throughout her pregnancy. Still coming to work, still working out, and still being an incredible stepmom to Tay and Bray!”

The HGTV personality also noted that he has “been getting a bunch of questions asking about her pregnancy,” adding, “So if you have any specific questions that I haven’t gotten to in my DMs let me know below, and I’ll use this post to answer them 😃.”

“This was my very first time seeing him since I found out his gender so it was so special 🥰,” Heather captioned the post. “I love ultrasounds because I get to see him and hear his heartbeat.”

“As a new mom-to-be,” Heather admitted that “these things give me flutters in the best way but it’s also nerve-racking because you want to make sure your baby is healthy and in the best condition possible.”

“Overall the ultrasound went great and getting a little [peek] at our boy made my week 💙🙏🏻,” she concluded.

When the El Moussas found out they were expecting, they were in the middle of IVF treatments and had even booked a date to transfer an embryo next fall, they told PEOPLE exclusively last month.

Tarek is already a father to son Brayden James, 6, and daughter Taylor Reese, 11, whom he shares with ex-wife Christina Hall, in addition to the newborn.