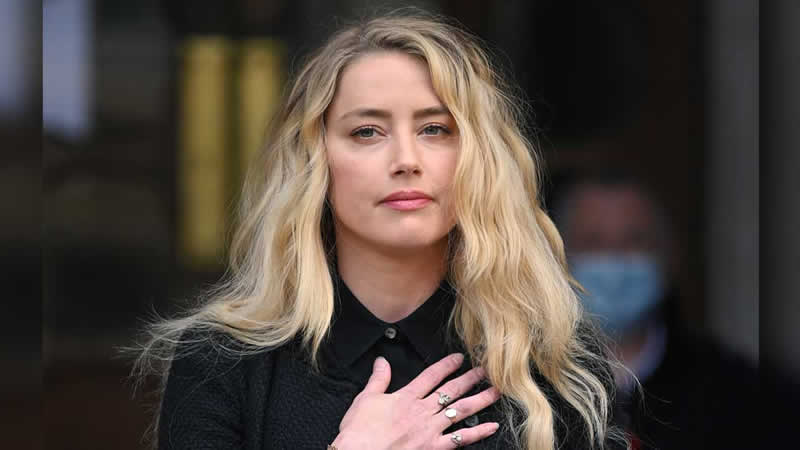 The former personal assistant of Amber Heard claimed that the actress spat in her face in response to a pay rise request.

The allegation came as Johnny Depp battles his ex-wife in court, after suing her for libel over a 2018 opinion article in the Washington Post. She called herself a “public figure representing domestic abuse.”

The Pirates of the Caribbean star has repeatedly denied allegations of domestic abuse.

In a video deposition, the Aquaman actress’s former personal assistant, Katherine ‘Kate’ James, testified Thursday as part of the trial. She worked for Heard from 2012 to 2015 and said that she was mistreated.

James testified that Heard would go into a blind rage, sent incoherent text messages, and was frequently under the influence of alcohol or other illegal drugs.

James also alleged that Heard spat on her face when she asked for a salary increase.

“She leaped up out of her chair and put her face about four inches from my face, spitting in my face, telling me how dare I ask for that salary.”

James claimed that a handyman witnessed the alleged incident.

She also told the court that Amber had a bad temper and went “absolutely ballistic” when she forgot to hide magazine copies from Johnny Depp.

Both Heard and Depp have produced evidence such as witness testimony, phone calls, and text messages to argue their case as part of the court battle.

The evidence presented includes texts allegedly sent by Depp to a friend about Heard.

Depp’s longtime friend Isaac Baruch was asked by Heard’s attorney Elaine Bredehoft, “Do you recall Mr. Depp ever telling you that he hoped that Amber Heard’s rotting corpse is decomposing in the fu****g trunk of a Honda Civic?”

Depp’s friend then pointed to a monitor displaying the text message and said: “Yeah. Well, I say yeah – I’m seeing it here, so obviously, yeah, it was said. It was written.”

Bredehoft then asked him whether Depp had referred to Heard as a “c**t” over text.

“Well, it’s written there, so yeah, I could see that,” Baruch replied, referring to the monitor.

However, he then clarified the actor’s use of the c-word, adding: “That’s not what he says – he says: ‘That ct ruined such a f***g cool life we had for a while.’”

How Should You Treat Sunburnt Lips?