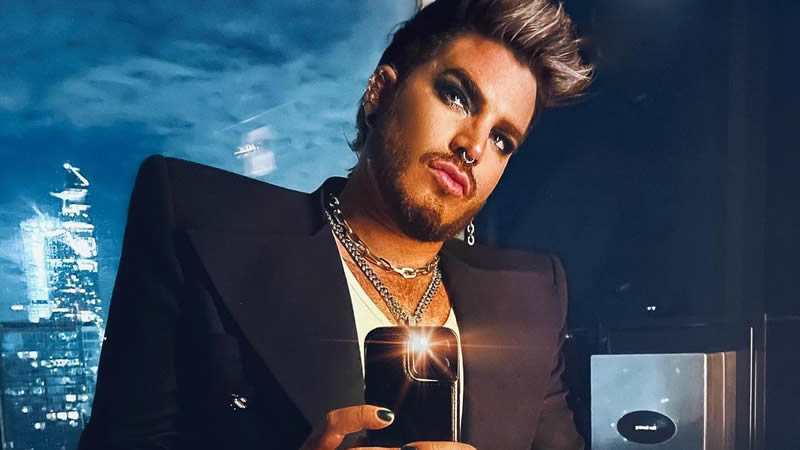 Lambert had kissed his male keyboardist at the AMAs.Adam Lambert weighed in on Lil Nas X’s kiss at Sunday’s BET Awards.

“I thought it was hot,” the American Idol runner-up told Billboard after the rapper locked lips onstage with one of his male backup dancers.

“I think he is definitely the gay pop star that is 2021 — he’s bold, he’s controversial, he’s pushing boundaries. That’s what we want our pop stars to do. It’s just taken this long to have it be a gay one.”

Lambert was asked his thoughts on the “Monetero (Call Me By Your Name)” singer’s gesture as he received major backlash for kissing his male keyboardist at the 2009 American Music Awards.

While Lil Nas X had some conservative critics in an uproar for his kiss, it wasn’t much compared to Lambert’s public lashing.

“I was pulled off of ABC for a little while,” Lambert explained. “They were freaked out, they had Christian parent groups writing in, the censors were freaked out. The thing I found so funny was like, ‘Censors? It’s a kiss! When was that indecent?'”

When “Good Morning America” cancelled Lambert’s appearance the day after the kiss, another morning show interviewed him and showed a clip of Madonna kissing Britney Spears and Christina Aguilera at the VMAs a few years prior. The program then played Lambert’s kiss with his keyboardist, adding censors over their mouths.

“I just remember thinking that was the biggest slap in the face — it’s like, that proved my point! It’s so crazy to me that this double standard was so blatant and obvious, where two women kissing was not indecent, but two men kissing was.”

While Lambert never apologized, he did say he had to “toe the line a bit” because he was just starting out in his career and the culture was less accepting back then. Now he believes audiences have progressed enough to accept someone as outspoken as Lil Nas X.

“There is so much good will for someone like him, and I’m just happy to be able to have the perspective to appreciate it,” he added.

Meanwhile, Madonna received backlash for her own reaction to Lil Nas X’s performance. Taking to her Instagram, she shared a photo of Lil Nas X’s kiss above a photo of her kiss with Britney and Christina, captioning it “#diditfirst.”

“madonna running to make every queer celebrity’s moment about herself,” tweeted one critic, as another posted, “Imagine being this big ally(?) To the community and when you see one of us do well you decide to center yourself. If that’s not an apt metaphor for ALLYSHIP.”