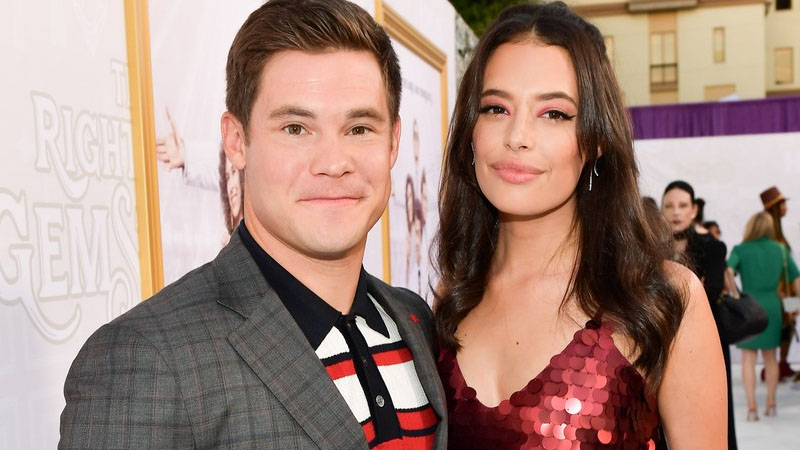 Pitch Perfect star Adam Devine married his longtime love and fiance Chloe Bridges in an intimate ceremony in Mexico over the weekend. The news of their wedding was confirmed by the People. Also, actor-comedian Erik Griffin confirmed the news of Devine and Bridges’ wedding in a post he shared on Instagram. Devine and Bridges had gotten engaged in 2019.

DeVine’s Workaholics co-star, Erik Griffin, congratulated Adam on his wedding as he shared an Instagram post saying, “Dem Boyz! Devine is off the market! Such an awesome wedding!” The photo shared by Griffin showed himself along with Devine and fellow co-stars Anders Holm and Blake Anderson.

Adam and Chloe’s wedding took place in Cabo San Lucas, Mexico. While neither Adam nor Chloe shared any photos from their weekend wedding, the latter had teased about the wedding in her recent post where she posted photos of herself trying out wedding gowns.

Apart from Griffin, actor Adam Ray also shared a series of photos on his Instagram that give a peek at the Mexico wedding. Ray also revealed that he was officiating Adam and Chloe’s wedding as he shared a photo of himself prepping for it. Also, Devine and Bridges were seen posing for a photo in the pool as well as another one where they enjoyed a drink together.

Bridges and Devine began dating in 2015 and first met each other on the set of the film The Final Girls.  In October 2019, the long-time couple confirmed that they were engaged as Devine shared a post on Instagram that said, “She said yes!”