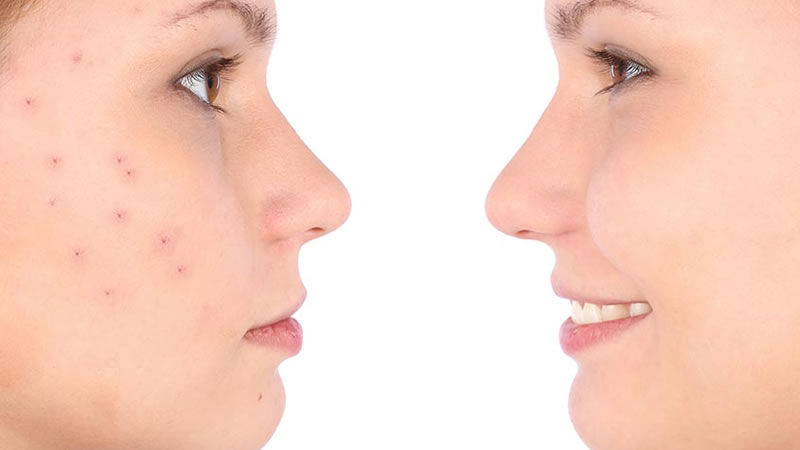 If you suffer from annoying pimples and painful blackheads, you’ve probably tried everything from OTC creams to antibiotics. But it turns out that birth control may be just as effective as those other methods at clearing up your skin, according to a new study in the Journal of the American Academy of Dermatology. Researchers reviewed 32 randomized controlled trials to determine how oral contraceptives stacked up against antibiotics and placebos.

Essentially, both methods are effective, but birth control may be even better at clearing your skin over time. So how does this awesome side effect work? “Birth control increases a particular protein in your blood called sex hormone bonding globulin,” says ob-gyn Alyssa Dweck, M.D., coauthor of V is for Vagina. This binds your testosterone, and the less free testosterone you have in your bloodstream the better as far as your face is concerned.”All pills will lower the chance of Acne for that reason, but certain ones will work better than others,” says Dweck.

Pills like Ortho Tri-Cyclen, Yaz, and Yasmin work well because they have a particular type of progesterone that seems to have a better effect, says Dweck, while pills like Loestrin and LoSeasonique have a more androgenic type of progesterone that may not be as effective in the treatment of acne (though they’re just as effective as the others at their real job: preventing pregnancy!). The bottom line: If you’re a good candidate for birth control and you want to get rid of stubborn pimples, birth control is a great first line of defense, says Dweck.