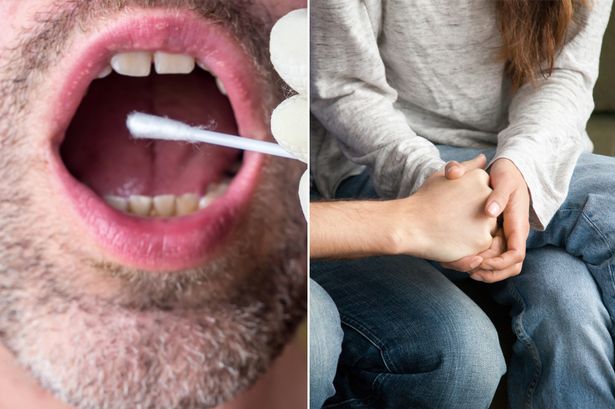 But it seems one young woman has accidentally found herself smack bang in the middle of just that.

The unnamed lady took to Reddit’s Am I The A**hole forum to share the dilemma she claims she’s been facing after her boyfriend’s mum confessed a major family secret to her.

According to the post, the woman claims her boyfriend was actually adopted when he was a baby, but no one else knows the truth.

The boyfriend is keen to do a DNA test to find out more about his family history, but his mum is afraid about what will happen when he learns he’s not biologically hers.

Instead, the parent wants to take the coward’s way out and have the girlfriend reveal the truth to him, as she thinks it will be easier to take coming from her.

However, the girlfriend has refused to get involved, arguing that it’s not her place to tell him.

She explained: “My boyfriend and I visited my boyfriend’s parents for a dinner about a week before Christmas. My boyfriend mentioned to all of us that he might like one of those ancestry DNA kits for Christmas.

“His mom told me that I shouldn’t get my boyfriend a DNA kit. I asked her why, and she hesitantly told me that my boyfriend was adopted as a baby. She said that she never told him because she didn’t want him to feel different from his two other siblings, who are both their biological children.

“She was nervous that he’d buy an ancestry DNA kit for himself if he didn’t get one for Christmas, and that would reveal that he isn’t biologically related to several of his cousins who have submitted the test.

“Her reasoning: my boyfriend really loves me and we will probably get married soon, I am very good at communication/problem solving, and he is generally less prone to anger when he’s around me so he might take the news better.”

She continued: “I told her that I didn’t want to take any part in any family drama and that I wouldn’t do it. Then, my boyfriend and his dad came back so our conversation ended abruptly.

“My boyfriend did not get a DNA kit for Christmas, and like his mom worried, he went and bought himself one. I knew he had bought himself one, but I still was very firm about not getting involved in his family drama. And I didn’t tell his mom he’d gotten one because really, she had 23 years to tell him and she didn’t.”

The boyfriend got the results of the test back, and as expected his DNA didn’t match his cousins’.

“He spent a lot of time on the phone arguing with his parents and was downright furious that his parents never told him he was adopted.

“His mom called me and told me I could have avoided this by just telling him before he took the test or by telling her he was going to take the test, but I told her I wouldn’t get in the middle of things and I stand by that.”

The girlfriend wrapped up the post by asking if she did the right thing not getting involved and people were torn.

One person replied: “You should tell him. It’s not cool that his parents hid it for 23 years, it’s not cool you’re hiding it now. If he’s this p***ed at them, how’s it going to be when he finds out, and since you’re not the only one who knows about you knowing, it’s a real possibility.”

Being Madly in Love!

Valentine Gift Ideas For Him