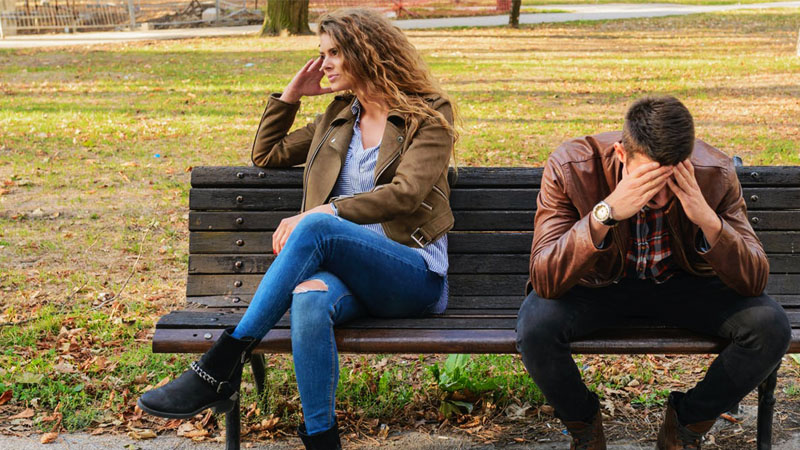 In the past few decades, divorces have become a common phenomenon. Why? Because in most cases, couples or at least one of the partners is completely oblivious beforehand that their marriage is about to end. If they knew of the impending divorce, they would have taken an effort to avoid the divorce. Hence, we’ve listed down some signs your marriage is over, so that you’re alert beforehand and are able to fix issues if you really want to.

1. There is a lack of communication

When one sees that their partner is not interested in their life, or if one has lost interest in their partner, then it is quite natural that the need to share will reduce. As a result, the excitement to share about little things in life wanes out as days pass. So, if you’re noticing something similar to this in your partner’s behavior or if you aren’t feeling like sharing your achievements or lows of life, then perhaps your marriage is seeing its end.

3. There is lack of knowledge

Because partners avoid sharing stuff with each other due to the apparent loss of attachment, there is lack of knowledge about important matters. It may happen that you get to know about your spouse’s promotion from a friend of his. Since this news is second hand, it really hurts the other and this leads to further misunderstandings.

4. There is no end to arguments

Once the relationship begins to rot, arguments seem to have no end. In fact, studies say, such partners quarrel for no reason whatsoever. They fight just for the sake of it. At a subconscious level, they just want the argument to end in separation. If you don’t want that to happen, you better keep a watch.

Since partners drift away from each other emotionally, their sexual life also takes a backseat. In some cases, it leads to extra marital affairs which then become a cause for divorce. If your touch feels strange to your partner, look into the matter and sort it before all hell breaks loose.

6. There is no respect

When in a healthy relationship, partners don’t just love each other but also respect each other. When the case is otherwise, they start losing respect for each other. In fact, they utilize every opportunity to belittle, taunt and criticize their partner.

7. There is no effort

Last but not least, if there is no effort coming from either of the partners to fix issues, then the marriage is surely going to get over. If you are noticing that your partner isn’t responding to your efforts or if you don’t feel like putting in efforts to rectify problems, then your marriage might get over.

If you find it hard to make a move but you want your ‘happy married life’ back, then go meet a counselor and make sure your marriage never sees the door to divorce. All the best!

These workers 7 times as likely to get severe COVID-19

7 Outrageous Outdoor Wedding Blunders and How to Avoid Them