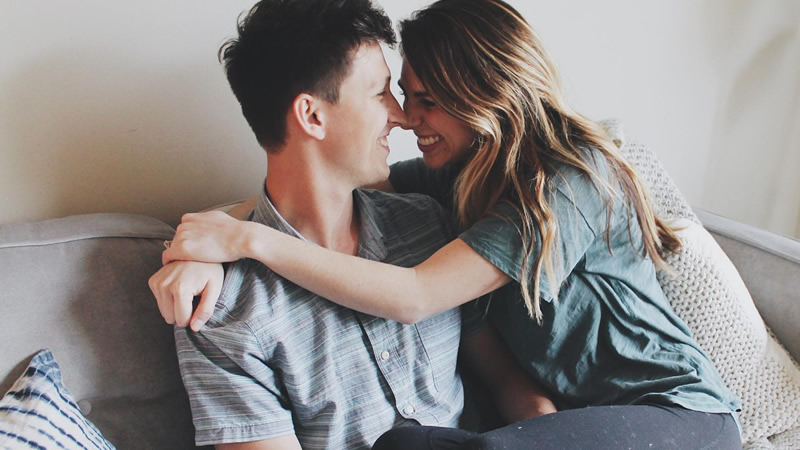 While the friend zone is many guys’ worst nightmare, it can also be something great, the place where you find a truly compatible partner. Dating a guy friend is a no-brainer, you’ve already established trust and respect, and you have quite a few things in common.

In order to give your new relationship the best chances of survival, follow the most important rules for dating a friend. From paying attention to boundaries to being prepared for the worst option, losing both the relationship and the friendship, here what you need to know about making it work with a friend.

If this is a very important friendship in your life, you should carefully consider if it’s worth risking it. One of biggest rules for dating a friend is making sure that you’re doing it for the right reasons. Risking the friendship just because you want to get physical or because you could use a rebound relationship after a bad breakup is not a good idea. Even if things to well, if he’s the friend that you went to for relationship advice before, you’ll be losing something. It’s up to you to decide if the risk is worth it.

2. Make Sure You’re on the Same Page

Different expectations can have a big impact on your future relationship. If one of you just wants a casual thing and the other wants much more, there’s a big communication problem, and things won’t end well. If you’ve been friends for a long time, there could also be expectations of taking things fast, and that isn’t always wise.

One of the most important rules for dating a friend is actually going on dates. It might be tempting to keep things the way they always were and just throw sex into the mix, but you’ll be better off if you take things seriously. That doesn’t mean you have to make silly first date small talk, but going on a few proper dates is important to set the bar for your new relationship.

While things will definitely change, sometimes it’s easy to take things too far by being controlling or jealous. If you start getting weird about these things and act differently when you’re in public together, you might make him think he made a mistake. Just because you’ve know him for years doesn’t mean that your relationship should be treated like it’s been around for a long time.

5. Deal with Any Trust Issues

When it comes to trust, the things he told you about himself as a friend could end up coming back to haunt him. One of the basic rules for dating a friend is dealing with trust issues early on. If he’s cheated on another girlfriend before, don’t throw that in his face the first time you want an argument. You can’t unhear what he told you about himself, but you shouldn’t use it against him at the first sign of trouble.

Since you already have a connection and respect each other, one of the worst things you can do when dating a friend is start playing games. From returning calls late just to show that you’re not available 24/7 to turning down invitations just to make a point, avoid these tricks. He knows them and he won’t react well.

7. Don’t Confide (Too Much) in Mutual Friends

If you have plenty of mutual friends, the one of the good rules for dating a friend is to look for a confidant outside that circle. This is particularly important if he used to be the friend you opened up to when it comes to your relationship. Mutual friends have complicated loyalties, and you don’t want them talking about him behind his back anyway.

8. Be Careful Around His Family

When you already know his parents or siblings, things can get a little weird once you move from friend to girlfriend. Make sure that you respect his boundaries and don’t spill any secrets that he told you as a friend.

9. Be Prepared for the Worst Case Scenario

Even if you follow all the important rules for dating a friend, things can end badly. You might lose a boyfriend and a friend. If the breakup is ugly, give him some time before trying to get the friendship back on track. It might work out, but not if you rush it.

Shocking Moment: Madonna Is PULLED Off Stage Live At Brits

Make him fall head over heels in love with you