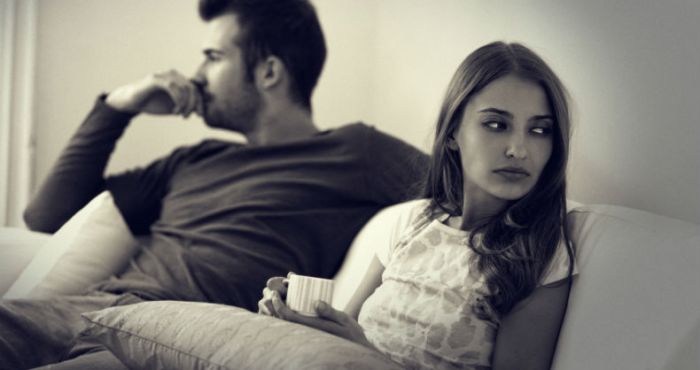 Be open, be honest, but not so blunt that you bleed his heart out. Here are ten things you should never ever say to your boyfriend.

Nope. Na-uh. This is off limits. Underneath every guy is a little boy who loves his mama. Try to avoid saying anything against your man’s mom directly.

Why are these two words even in your sentence? Never should you ever utter these words in front of your boyfriend, unless of course you want him to go totally crazy and paranoid.

Would you like to hear that you have become fat? We think not and so does he. He will never say it, but he actually cares how he looks. So please do not attack the poor guy’s ego.

4. “Your friends are so annoying.”

Why do you want to destroy your relationship? Say this and he will start seeing you as a nagging, strict teacher instead of a hot girlfriend. Now do you want that?

No other guy should be great apart from your guy, and well your father and brothers. If you find a guy great, that is great. Keep it to yourself; share it with your trustworthy gal pals. Why do you have to tell your boyfriend?

Stay away from the word ‘marriage’ as long as you can. It is okay to fantasize about it, but not in front of him. It will only make him go ballistic and run away from you.

7. “You are so much better than the guys I have dated so far.”

Do you want to come off as a cheap woman? Definitely no! Then why are you putting it this way. How you say is equally important as what you say!

This is a direct attack on his ego. Every guy takes pride in what he buys, even if he cannot afford it and you are not supposed to point that out. At least not this bluntly!

Okay! So the sex isn’t firecrackers on the 4th of July. Your boyfriend would be pretty sensitive about “rocking your world”. Please find a nice, soft and subtle way of guiding him while letting him live in that illusion.