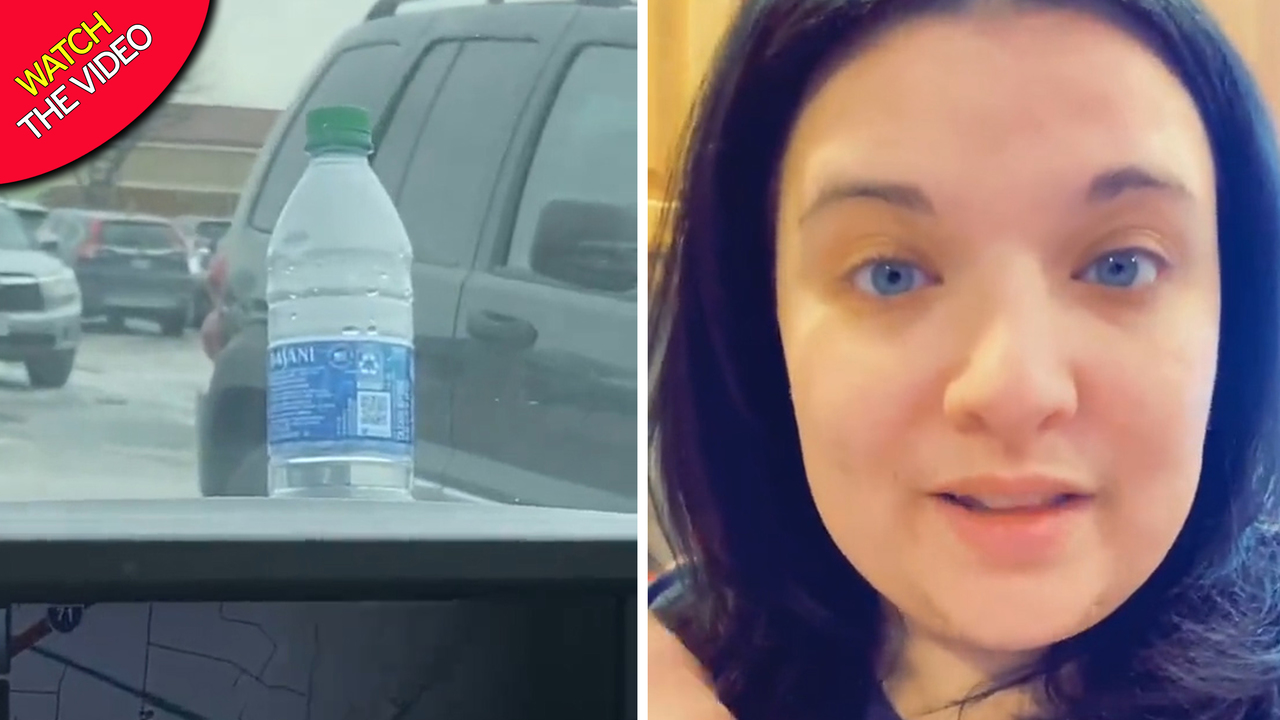 In the last few weeks, it seems more and more people have been turning to TikTok to share warnings over unusual and creepy behaviour they’ve noticed out and about.

We recently saw one woman urge people to be careful at home after she found a strange message written in the snow on top of her wheelie bin, featuring the number ‘one’ and the letter ‘F’.

Fellow users were quick to warn her it meant she could be a target as it meant one female.

And now another person on the platform has spoken out after she had a particularly terrifying experience when heading back to her car from the supermarket.

Haley West, from the US, made a video recounting what had happened as she walked through the car park.

“This guy was walking like kind of close to me, kind of not, but you could tell he was like staring at me while he was walking, and he yells over to me like ‘hey what’s your name?’ and I just ignored him and I kept walking and he just kept following me.

“This man walks right up to my car and he’s like, ‘come check out my car it’s nice it’s a Lexus, you like it?’ Like it’s my car, though I didn’t react to that because that would have given away that it’s my car, although I think he already knows.”

She continued to say that instead of getting into her car, she went across the street into a store and got help.

After a while, she made sure the man wasn’t still out there and went back to her vehicle, but when she got there she noticed something strange.

“When I came back out here there was a water bottle on my hood,” she claimed. “I don’t want that to correlate but that’s never happened to me. I just wanted to say be aware of your surroundings at all times, especially if you’re a woman, be careful out there.”

Her clip went viral and was spotted by a woman named Elle who made a follow-up video sharing her theory about the water bottle – and it’s pretty dark.

Elle explained: “[Haley] was followed by a man and then when she came back to her vehicle after seeking out help a water bottle was left on the hood of her car.

“This is a tactic used by traffickers and kidnappers to get you to exit your vehicle and take whatever is on top of the car.

“If you have this happen and something is on the hood of your car when you come back to it, leave it there, drive away it’ll fall off on its own.”

She went on to say that if you feel “extremely threatened” by a person bothering you, don’t go home, drive straight to a police station or auto body shop and they can check your car for GPS trackers.

“GPS trackers can be put on the bottom of your car and they can give off your location for a certain amount of time,” Elle added.

“Always be aware of your surroundings, try to go shop with a friend I know it’s hard during COVID, keep pepper spray or protective device on you. Please stay safe.”

Mystery death of boy, 15, found upside down in snow as family hunt for answers