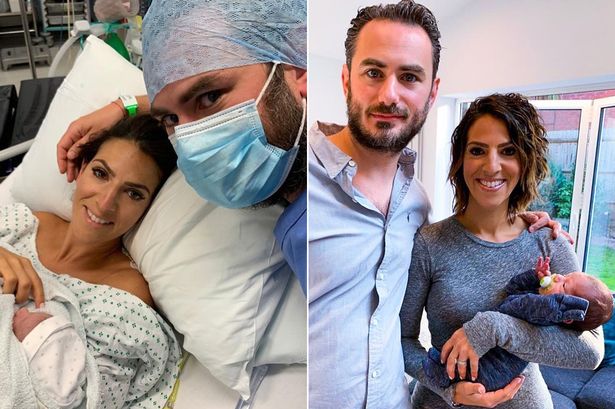 A woman who was told her ovaries were “dead” after battling breast cancer has told how she defied the odds to have a second child.

Gemma Isaacs, 33, claims a vegan diet helped her fall pregnant with her “miracle” baby boy, who was born last year.

The Londoner, already mum to daughter Ella, was diagnosed with breast cancer in 2018 when she was only 31 even though she did not have a lump or any other common symptoms.

Gemma underwent radiotherapy and a double mastectomy, and later found out she had the BRCA1 gene mutation, which puts women at greater risk of both breast and ovarian cancer.

Doctors told her that her ovaries were “dead”, and she considered having them removed.

She later adopted a vegan diet and claims it helped to transform her reproductive system and allow her to have a second child with her 35-year-old husband Daryll.

She has since decided to have her ovaries removed to reduce any future risk of cancer.

Gemma, who works in advertising, told Tyla: “(My gynaecologist) scanned me and told me my ovaries were dead, basically, which was a really big blow.

“It was the worst thing someone told me the whole time I was having my treatment.”

She went vegan in July 2019 researching ways to boost her fertility.

It was during that research that she learned more about the potential links to plant-based diets.

Four months after changing her diet, Gemma met with her gynaecologist and received stunning news.

She was told that it appeared she had the ovaries of a “different person”.

Gemma, who has co-found the BRCA Sisters support group which helps young people affected by genetic cancers, said: “He said the only thing I could put it down to is being vegan, because there was no reason for my ovaries to come back on.”

However, her gynaecologist told her not to get her hopes up because she wouldn’t fall pregnant again.

But she told him: “Just watch me.”

Gemma and Daryll kept trying for a baby and discovered that she was pregnant at Christmas 2019.

Their son Jack Alfie was born in August 2020.

The mum-of-two has since decided to have her ovaries removed to reduce any future risk of cancer.

She said: “Ideally I would have liked more children, but I wasn’t in control of my breast cancer diagnosis, and I can be in control of this with my ovaries.”