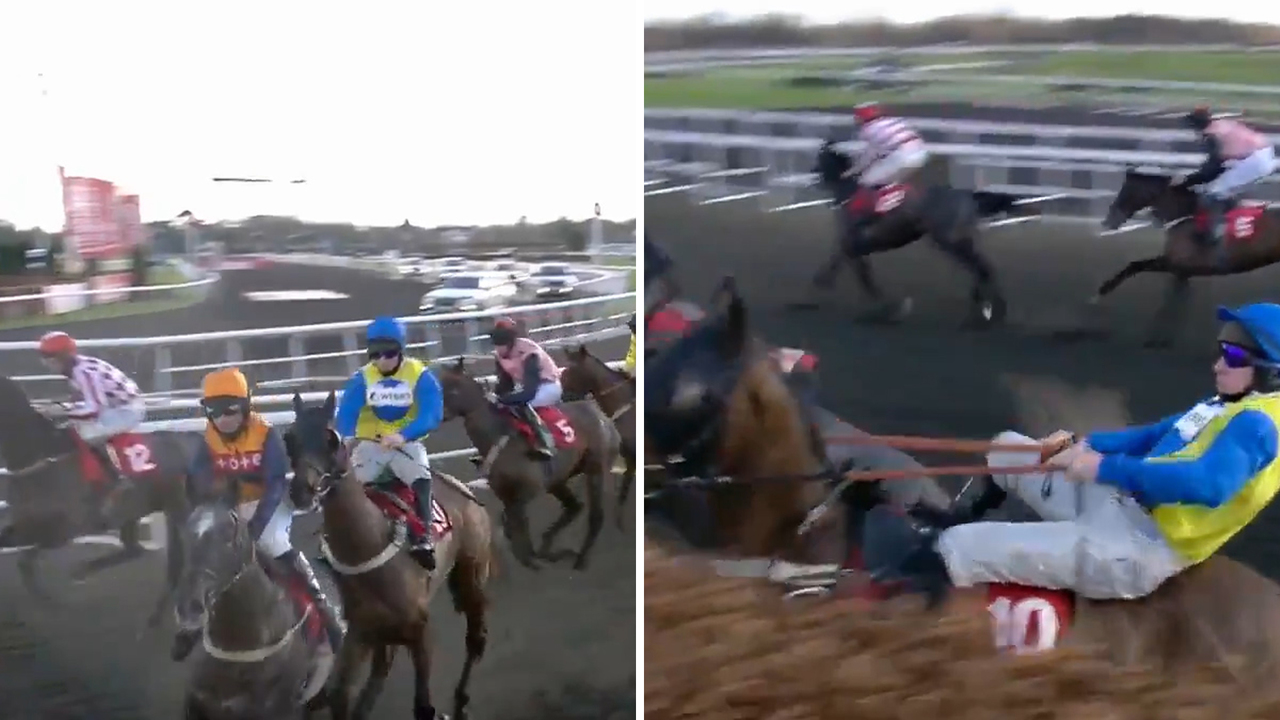 Kempton Park Racecourse in Surrey an incident has been reported that two horses crashed out of Sunday’s opener.

Outsider Cloud Thunder, ridden by Jeremiah McGrath, was leading the 2m juvenile hurdle race when he began to veer off to the left at a bend in the first circuit.

There was some heat up aroused between them and Gavin Sheehan’s Warranty wide with the pair hurtling towards the perimeter barrier, in completely the wrong direction.

In the result both crashed into the fence. Luckily jockers were saved eventually the uter barrier, though, had been smashed to pieces, according to dailystar.

“I’d like to keep low, as experience is what he is going to need all the way. He was just getting going at the end and he was winging away coming down to the last.

“It would have been inte rest ing to see if the other one would have stood up. I’m just pleased to get him on a racecourse and get him off and running.”