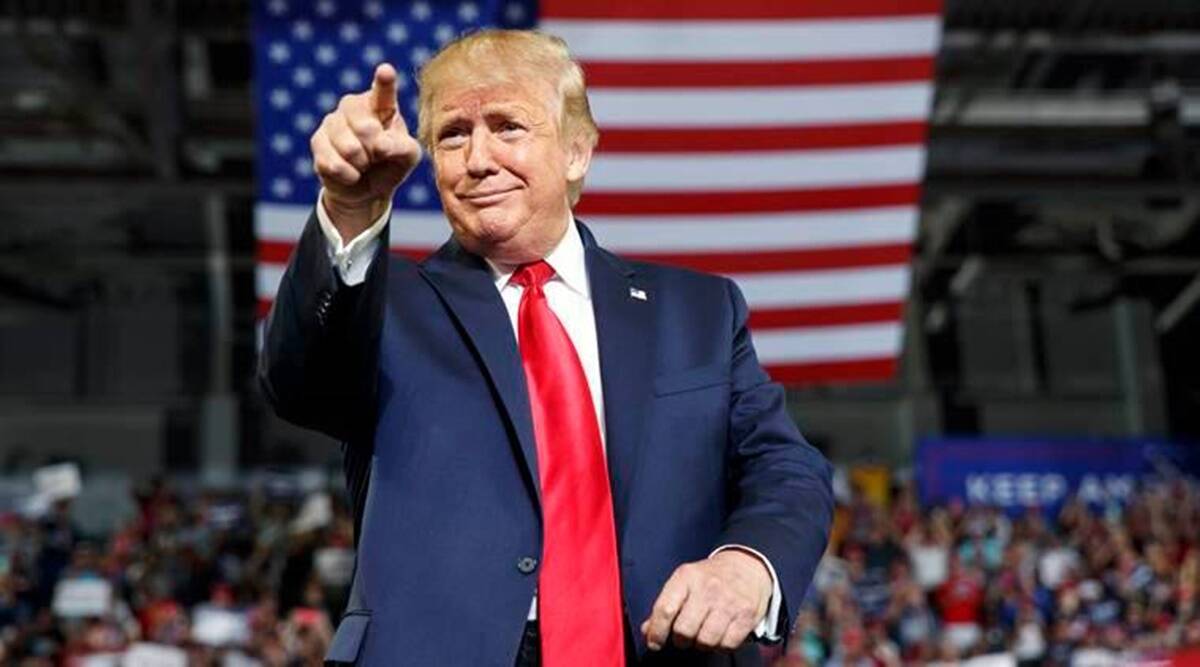 Recently, former President Trump attended an event at his Mar-a-Lago resort where some dogs were brought up and a snapshot was captured of the reality TV washup turned ex-president, sporting a MAGA hat and one of his trademark white polos that we now associate with numerous golf trips we unwillingly paid for.

In the shot, Donald can be seen talking with some attendees of the event, including his daughter-in-law, Eric’s wife Lara Trump, who recently found herself in some hot water over that whole dog ordeal when it was reported that the dog rescue charity she’s linked to was funneling money into her father-in-law’s pocket.

Nevertheless, even amid all the turmoil and trouble that’s going on in the Trump family, fans of the former president latched onto this snapshot of their American Dear Leader as proof that he’s ever more virile, young, and peppy than he was when his presidency came to an embarrassing close.

“President Trump is looking better than ever before!! He’s getting in shape for 2024 and the liberals are freaking out!!” Conservative political commentator and author Nick Adams tweeted out, captioning the image of the former president at the Mar-a-Lago event.

The Right-wing crowd unsurprisingly jumped on the bandwagon of praise for Donnie. However, not everyone was nearly as impressed with the reality TV “star’s” physique.

Talking Points Memo founder Josh Marshall quickly mocked Adams and the former president, saying Trump looked “confused, anemic and like 100 … seriously what’s wrong with these people. This is like the 10th Trumper today tweeting how Trump is looking amazing.”

Vox journalist Aaron Rupar took his jab at the photograph and caption by juxtaposing Adams’ comments with an image of dead Russian revolutionary leader Vladimir Lenin kicked back in his casket.

Marshall weighed in on the whole thing once more, tweeting out additional pictures of Trump posing with attendees at the event, adding that it was “sort of unreal that the former prez is basically working as a greeter at a club in Florida.”

Podcaster Tom Joseph gave his thoughts, calling Trump’s eyes “vacant” and “dead,” going on to add that “his appearance is dreadful. His degenerative neurological disease has reached a point where he is brought out as a novelty item for Republican dog and pony shows.”

He also weighed in on Conservative author and anti-Islam activist Birgitte Gabriel’s claim that Trump “looks fantastic and stronger than ever!”

Should doubled-down, though, despite all the blowback, sending out an additional tweet, writing, “President Trump is looking ENERGIZED and ready to go for 2024!! This is what ‘Presidential’ looks like!!”

Fake Vaccines Exposed? Is This How Fauci Got His?